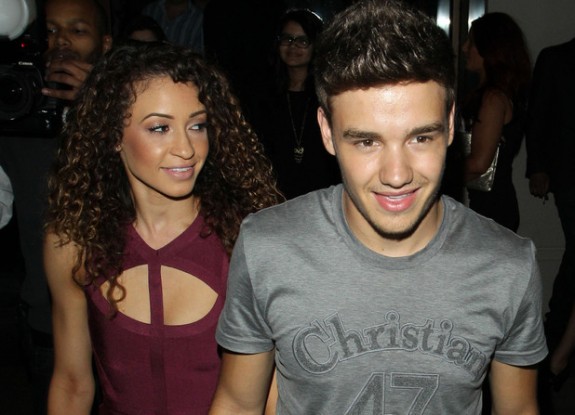 One Direction’s Liam Payne has said he is concerned about his ex-girlfriend’s safety after the two split up just weeks ago. Danielle, who had met Liam when she was a backup dancer for the group back in 2010 on X Factor, has supposedly been receiving thousands of death threats for “breaking Liam’s heart” and being the reason why he shaved his hair off earlier this month. Liam says that his ex is aware of all the negative comments that have been posted on the internet, but asks fans to stop and leave her alone.

“I’ve been trying to deal with it in private,” Payne told Now magazine. “I’m not so much worried about me – whatever happens I’ll live and deal with it. I’m more concerned about Danielle because I don’t want people harassing her for any reason. Obviously she’s got a lot on her mind without people saying things on the internet or going to her doorstep.

The couple had dated for two years before calling it quits due to the group’s crazy scheduling – traveling all over the world, while Danielle is in London doing her own stuff just didn’t seem to work out anymore, and so it was best to end the relationship but still remain on good terms. Liam continued: “She doesn’t need that right now… I’ve asked for people to stay away from her as much as possible so she can deal with things.”

The singer added that sometimes when he goes on Twitter and reads the disgusting messages that are sent to him, he’s shocked by people’s behavior – especially because most of the things that are said on social networking sites would never have been said to someone’s face. “Twitter twists things a bit. People have a false sense of confidence behind a keyboard. Some of the things they say I just can’t believe. I think, ‘How can you say that? You wouldn’t be able to say that to someone on the street, so why say it now?’ But it’s one of those things.”