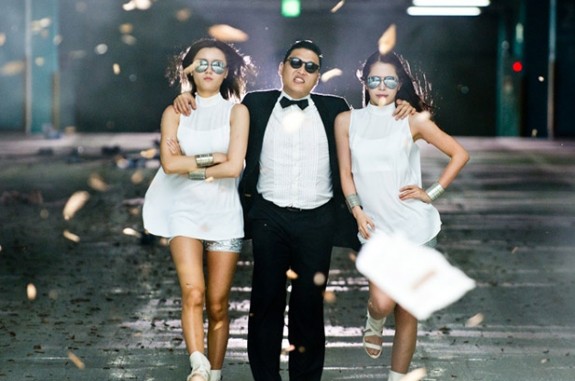 From Mel B to Britney Spears and even Ellen Degeneres,- everyone has done the Gangnam Style dance. The video which went online on YouTube over the summer has now received over 500 million views within a couple of months, the song itself has topped over twenty countries, including the United Kingdom, Germany and Australia and now Psy is hoping to expand his success with his upcoming single, set for a release before the end of the year.

Though the money and the fame have been overwhelming to Psy, he’s incredibly grateful for the public who have bought his single and made him an overnight sensation. However, his family and friends are still unsure about all of the glitz and glam of the lifestyle he is now living (traveling the world, going on tour, doing promotions and appearances) because something this big has never happened to Koera before.

Psy took part in Reddit AMA (‘Ask Me Anything’) where he had said: “They are normal people, so they are freaked out because it’s way too fast and way too far. Even I myself get freaked out a little bit about it. We were not ready for this. I feel weird about all the fans because they are so worldwide. I cannot really believe it yet.”

The singer had said that meeting the UN secretary general Ban Ki-moon had him much more excited than actually entering the Billboard hot 100 at number 2. He goes on to explain the music video in further detail: “Nong Chul is the name of the elevator guy, and he is [a] very famous comedian in Korea.”

“That is a very popular dirty move he has been doing for six years, and I asked him to do it in my video. If I [was] underneath, it would be dirtier! We only did 2 to 3 takes, and everyone on the video set was crying from laughing. Definitely my favorite scene in the video.”

Psy’s career is managed by Justin Bieber’s manager, Scooter Braun, so you better prepare yourself for a duet from Psy and Bieber. It’s clear to say that Psy’s career definitely won’t be ending anytime soon — he’s in great hands and Hollywood are buzzing to know what he’s going to do next.