Christina Aguilera Wants To Further Her Acting Career By Playing A Crackhead, Says She Knows She's Hard To Work With 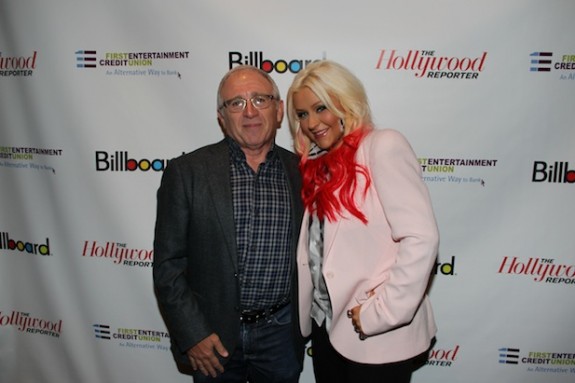 It almost looks like Christina Aguilera will not be returning for the fifth season of The Voice. The singer recently confirmed she will stay out for the fourth season so that she can focus on her music career and tour around the world but now it seems she also wants to get back into acting and if the right role comes along, The Voice could be be history for Xtina. Aguilera made her film debut when she starred in the movie, Burlesque, alongside legendary singer Cher in 2010, but the role to play Ali came easy for her as it was all about singing and dancing.

Wanting to step away from music in her movies, the singer explains that she would never do musicals as it’s too much of the person she already is, instead she really wants to challenge herself as an actress and even suggested playing a crackhead: “I do want to do more acting,” she said at the Billboard and Hollywood Reporter2012 Film & TV Music conference on Thursday (October 25).

“I sort of had this personal aspiration to do film, but I said, ‘I never want to do a musical! It’s too much like myself’,” she said. “[Now] I want to… really sink my teeth into something a little more challenging. Really outside of myself, outside of music. I want it to be honest and genuine in expanding my wings… something really, really different. A crackhead on the street or a drug addict. Or something crazy and meaty and juicy. Something that really [will take] me out of myself.”

Just a few months ago, The Wanted performed on The Voice which the band had said was amazing, however backstage it was a whole different thing. According to them, when they went to see Christina backstage and greet her (by sticking out their hand), the singer didn’t respond nor greeted them back in any way which made her a “real bitch.” Aguilera goes on to reveal that she’s aware she can be a handful to deal with at times:

“It’s hard being such a powerful woman in the business,” she said. “I’m known for not always being, kind of…” she began, before adding: “I learned early on you can’t always be warm and fuzzy because you’ll be bulldozed right over.”

Meanwhile, Simon Cowell doesn’t seem to be a friend of Christina, considering she had the following to say about the music mogul: “I saw the commercials early on of American Idol of Simon being a d**k. I was like, ‘Man, that’s not what it’s about’,” she said. “I didn’t want to treat people like [Simon does]. I w