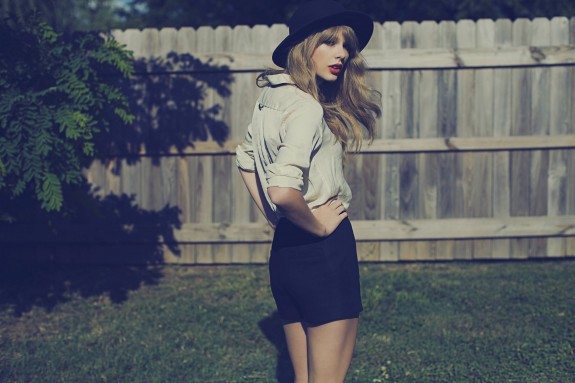 Taylor Swift has confirmed the North American dates for her upcoming tour next year. The singer who will perform all her hits from her newest album ‘Red’ made the announcement on All Access Nashville with Katie Couric – A Special Edition of 20/20, yesterday. Swift will supposedly head over to Europe in September once she wraps up her last show in Nashville, though this has not been confirmed yet.

The singer took to her website to release the dates and add a few words, before adding that she has decided to call the tour ‘Red’, keeping it short and sweet, and not to forget exactly the same as the album title. She wrote: “I didn’t think I could be any more excited about my Red album,” said Swift in a statement on her website. “But then I start thinking about how I’m going to put the new show together for the ‘Red Tour’. I have so many ideas about how to really bring this music to life, and I can’t wait to share the new show with all my fans!”

The dates for next year’s shows are as follows:

If you’re a massive Taylor fan, we’re sure you’d be pleased with all the dates, considering that she’s pretty much heading to a lot of states so that all her loyal Swizzles can enjoy her heartbreak songs! Ha, we kid.