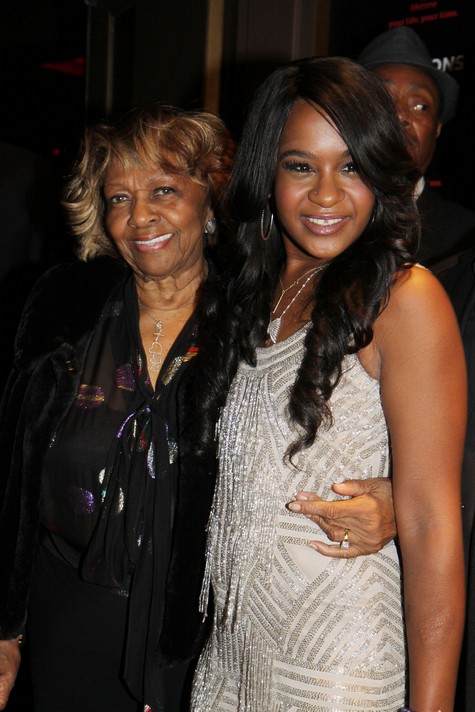 Bobbi Kristina Brown, the daughter of recently deceased Whitney Houston, will receive her inheritance as planned. A few weeks ago, we reported right here on Hollywood Hiccups that Cissy Houston, Bobbi’s grandma, attempted to stop Bobbi from inheriting the estimated $20 million. Cissy and Pat Houston, co-executors of Whitney’s estate, filed legal papers to alter Bobbi’s inheritance, citing that it was “too much, too soon.”

Whilst the battle for the inheritance payout was discussed, Cissy and Pat cited that Bobbi “is a highly visible target for those who would exert undue influence over her inheritance and/or seek to benefit from respondent’s resources and celebrity.” They were also terrified that Bobbi’s inheritance would take her down the same road as her mother – addicted to alcohol and drugs. Last week, Cissy and Pat appeared on “The View” to discuss their new Lifetime reality television show “The Houstons: On Our Own”. During this interview, Cissy explained to Barbara Walters and Sheri Shepherd that Bobbi’s discipline is a work in progress. “She’s not in trouble as it relates to drinking. I had concern sitting there watching her. I don’t like it at all. But this was her reality, even before her mother passed. I don’t like it, but we’re working on it. She’s growing…we’re seeing her more; we’re dealing with life management skills as it relates to Bobbi Kristina.”

We’re pleased to hear that Bobbi’s inheritance issues have been sorted out. We’d like to hear your thoughts on the matter, so let us know in the comments below what you think of Bobbi Kristina’s inheritance. Is it too much, too soon?