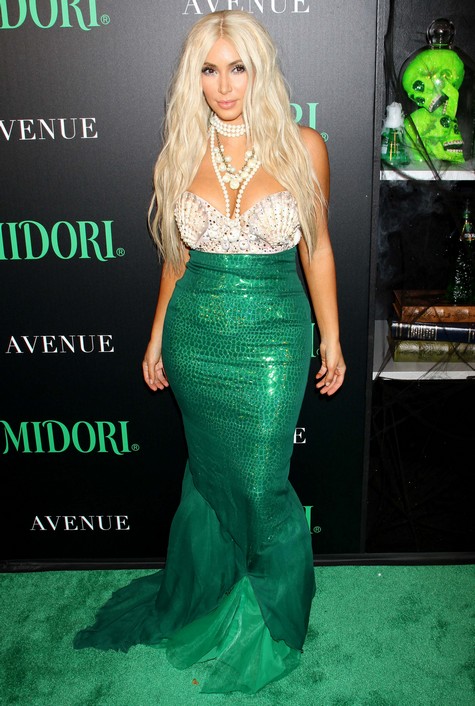 Kim Kardashian has reportedly ditched her plans to use a surrogate to become Kanye West’s baby mama and has now decided to do the deed herself!  A source said, “Kim originally planned to use a surrogate to preserve what she calls her ‘money-maker,’ that being her curvaceous shape.” But a recent trip to Italy with Yeezy has changed Kim’s mind.

Kanye just took Kimmie to Italy for her 32nd birthday to convince her that he’s definitely the one she wants to settle down with (hopefully for more than 72 days). Kim tweeted from Rome, “Italy is so beautiful! Best birthday ever!”

According to the Enquirer, Kim was hedging on hooking up with the controversial rapper because of powerhouse momager Kris Jenner.  Their source says, “He was resisting pressure from Kim’s mom Kris to play a bigger role in the family’s reality TV show, and they’d been fighting.”

But after he took her on a pricey vacay, Kim’s decided she no longer wants a surrogate and will use the $200k she’d set aside in her baby-making account to get fertility treatments to make sure she gets a double-dose of Kanye babies in her belly.

And Khloe Kardashian has been plagued by infertility. Popping out two will put her ahead of her equally famous for nothing sibs! Kimye is also said to be planning a lavish $20 million wedding – I cannot imagine what a gaudy spectacle these two are planning!

There’s just one hiccup in Kim and Kanye’s wedding and multiple baby making plans – and his name is Kris Humphries… Kris says he doesn’t want Kim’s money – he just wants an annulment based on fraud. If Humphries continues to dig in his heels, maybe Kim will finally cave and give him what he wants so she can finally get what she wants.

Kim desperately needs a clean break from Kris so she can move on – and the delay is already playing havoc with her plans. Kim and Kanye had wanted to get engaged in Italy, but the source told the Enquirer, “They’re afraid that an engagement wouldn’t look good with Kim’s divorce from Kris still un­settled. But Kim is telling friends there’s nothing she wants more than to marry Kanye and have his children.”

Word is, Kris’s camp subpoenaed Kanye West in the divorce/annulment proceedings and I’m excited to see Yeezy on the stand.