Kardashians’ Khroma Beauty Threatened With Lawsuit By Chroma Makeup — Can You Guess Why? 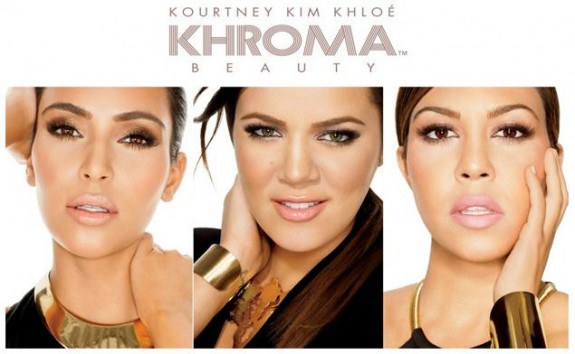 Kim, Kourt and Khloe Kardashian now have another reason to film their reality show, possibly a spinoff called ‘The Kardashians Take Court’ as Michael Rey, the boutique owner of Chroma Makeup has threatened the girls he will file legal actions if the trio decide not to change their makeup line and beauty collection name. According to Rey, having the Kardashians sell their products at cheaper stores such as Sears has hurt his brand as he tends to sell his products at higher prices.

TMZ reports that Michael also believes that having the almost identical name is creating confusion to his customers and therefore feels it is best to approach the situation by asking Khloe, Kim and Kourtney if they would kindly change their product’s name. If not, he is willing to take them to court — and by the looks of it, he would have a high chance of winning, especially due to the fact that his store has been open for over a decade.

Khloe recently shared her excitement of the beauty line on her blog, writing: “I am beyond excited to finally tell you all that my sisters and I will be launching our very first makeup line called Khroma Beauty!!! Makeup is something that all three of us have always been passionate about so we could not be more thrilled about this new venture in our career.”

“We’ve partnered with Boldface Licensing+Branding on this project and we’ve already gotten started. We’ll be releasing a special holiday collection that will include lashes, mascaras and Kardazzle compacts, and then the big launch will happen in early 2013. Makeup is something that is meant to be fun, and we’ve definitely been having a lot of fun with this. I can’t wait for you all to see what we’ve been working on! This truly is a dream come true.”