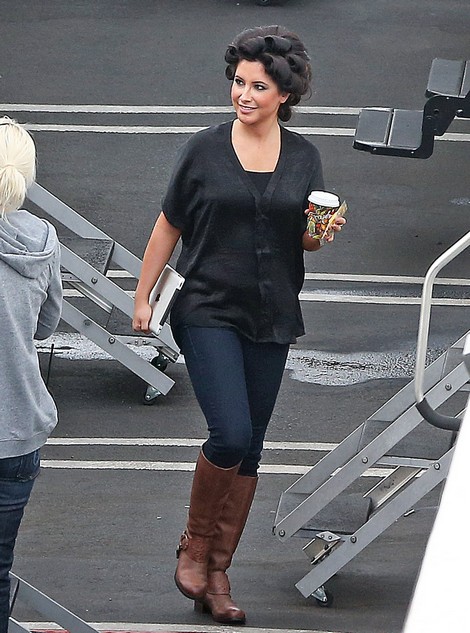 Levi Johnston may be newly married to Sunny Oglesby and have a new daughter, but when it comes to his son with Bristol Palin, he’s still nothing more than a deadbeat dad.  According to sources an Alaskan judge wanted the former couple to try and work out their differences together but that plan is definitely not working. In fact Levi now owes Bristol tens of thousands of dollars in back child support so not only is he not seeing his 3 year old son, Tripp, but he also is doing nothing to help provide for him either. According to this weeks National Enquirer

“Levi doesn’t have a real job, so at first Bristol thought it might be best to just let him pay when he could. She was hoping he would man up and pay, but so far that hasn’t happened.  Bristol has nothing going on right now – she’s single and has no jobs lined up – so she’s harassing Levi and Sunny, Their wedding has really gotten under her skin. Bristol may say she’s over Levi, but she always held out hope that they would end up together.”

Obviously Levi is a clear cut deadbeat, but I’m sure watching him move on with someone else AND have another baby has really gotten under Bristol’s skin! He’s not providing for the son he already has so it has to sting to hear that he’s attempting to take care of his new daughter. Although I’m not sure how well he can do that if he’s out of work. Do you think Levi purposely stays off the books so that his child support can’t be deducted?  It has been a long time since he has held a job but if he just got married, someone is making some money!

Can you blame Bristol for being pissed off? Do you think somewhere in her head, even if she knew it was a bad idea, she still hoped to end up with Levi? Tell us your thoughts in the comments below!