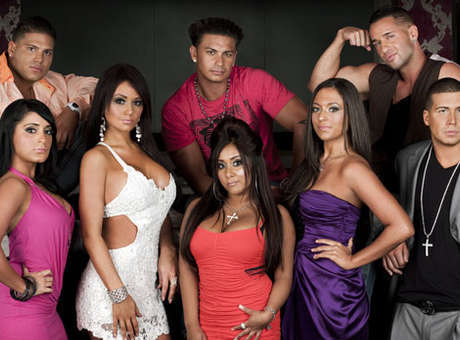 Hurricane Sandy ripped through the eastern seaboard this week and caused unimaginable damage. The cast of Jersey Shore has released difficult and somber statements to MTV about the destruction of their “second home”, Seaside Heights, New Jersey – an area that is now unrecognizable.  Snooki, Pauly D, JWOWW, and Sammi Sweetheart all released statements that pertained to the destruction that was brought on by one of the biggest storms in US history.

“Sandy destroyed Seaside – our second home. It’s devastating to see our boardwalk and favorite spots ruined. My prayers go out to everyone affected by the storm,” said Snooki.

Vinny pledged his support by saying, “Over the last few years, it feels like Seaside Heights has become my second home. My thoughts and prayers go out to everyone who was affected by this disaster in Seaside and across the Northeast. I’m here to support in any way I can.” Pauly D and JWOWW expressed their support through prayer, with JWOWW saying, “I am thinking about my second family at the Jersey Shore and know that we can rebuild and come back stronger.”

The cast members tweeted their support for the American Red Cross’ text message fundraising campaign. Snooki tweeted, “U can contribute to the American Red Cross’ relief efforts @ the Jersey Shore and elsewhere.text REDCROSS to 90999 to make a $10 donation.” JWOWW publically vowed to fix her hometown by doing hands-on work, “Anything to help the people affected by this storm including my own hometown etc. I will be helping the jersey shore get back together altogether. This is my home.” Roger Matthews, JWOWW’s future husband, took a jet ski to the water clogged streets of New Jersey to save those who were stranded by the storm. He also assisted in refueling a hospital’s generator so the power wouldn’t go out.

The cast of Jersey Shore might be tacky, sleazy, and drunk, but at least they’re using their celebrity to assist those people who are currently in dire need of assistance. What are your thoughts on the matter? Let us know in the comments below.