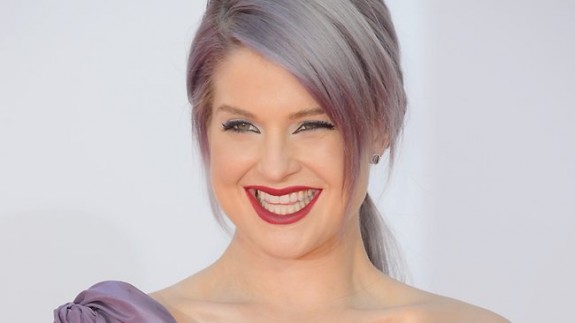 Kelly Osbourne loves her vagina so much that she felt the need to tell the world it is one of the best things about being a woman. The Fashion Police co-host attended the Cosmopolitan Ultimate Women Awards where she spoke with DigitalSpy on how she got into the shape she is in today (note, Kelly wasn’t always as slim as she is now), yet there was no need to be so cocky about it. She must get the weird behavior and silliness from her mother.

Whilst walking the red carpet, she stopped by to do a quick interview where she said: “The best thing about being a woman is having a vagina. I don’t mean it! Women are so much more powerful than men. They may be stronger and faster than us, but a woman’s intuition is something men wish they could have.”

She moved on to talk about her body, which he praises herself, but in all honesty, it doesn’t even look that great. Nevertheless, she boasts how she trained hard for the figure she has today after having a meltdown in her teenage years where she craved for junk food to hide her feelings from her parents. Kelly was a troubled kid who started getting involved with drugs at a very young age,- and she loved food, too. “I worked hard for this [body]. There’s a lot of bloody sweat gone into it,” she says.

“Unfortunately there’s no secret. I work out and eat right. I wish I could tell you something else. A lot of people think I’ve had stomach surgery – I haven’t. It’s taken me three years.” When asked on if she ever has those moments when she doesn’t want to do something because of her insecurity of her weight, she adds: “Hell, yeah! I had a photoshoot in a bikini a while ago and I didn’t want to do it, but I was really healthy and doing my yoga before it.

“As soon as it was over, I was eating everything I could get my hands on – pizza, anything… I’m pretty much off the booze, but I can’t lie and say I never have a drink. I do occasionally. It’s a calorie killer – f**k yeah. I’d rather have a piece of cake!”