Single and Desperate, Taylor Swift Opens Up To Cosmo Magazine About Dreams Of Motherhood 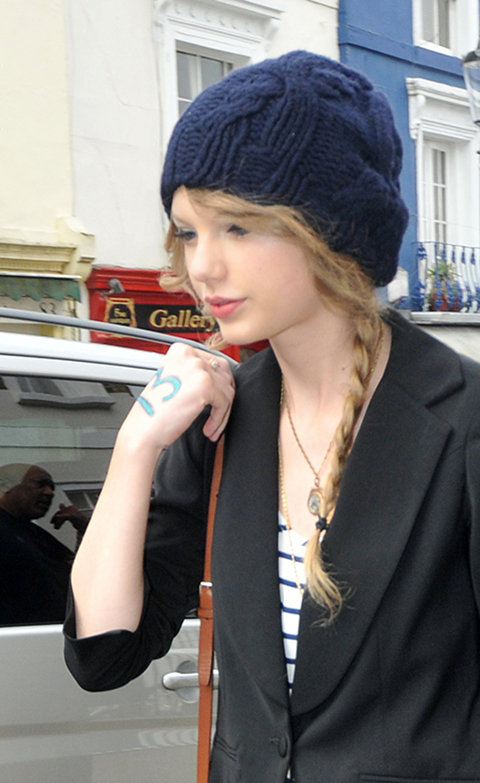 I’m surprised there isn’t a song about this yet–or is there? Newly single Taylor Swift enjoys playing dress up, smelling pretty, baking, and making up fairy tales, so it should come as no surprise that the young singer is desperate to be a mom. In a new interview with Cosmopolitan Magazine, she explained what could possibly make the fame and money worth it–and what she isn’t willing to sacrifice for her career.

“Living your dreams is so important too, and a lot of times I’ve put that before everything else. But then you get to a place where the whole time you’re living these dreams, you look beside you to say to someone, ‘Hey, isn’t this so much fun?!’ And if there’s no one there to say it to, what’s the point?” She explained. Apparently doing something for ones self isn’t enough–she needs a partner in crime to gush with. But when the dream ends? Taylor imagines herself “being a mom full time, doing everything for my kids, having a bunch of them. One day, I’m sure. But that’s the only other thing that could be as thrilling for me as doing this.”

Of course, I don’t want to drop the ‘F’ bomb, but I have to wonder if Taylor is clueless or just blatantly anti-feminist. I have to think that she is so truly delusional and naive that she thinks having kids means stories at bedtime, cute outfits, and singing in the car. Or perhaps it’s the idea of a Martha Stewart, grade A dining table that appeals so much. No matter what her reasoning is, she’s single and baby crazy. Maybe if she stopped writing mean songs people would actually want to date her! What do you think? Maybe this is just a lead in before we find out that she lied about being on the pill and is carrying a Kennedy!