Amanda Bynes Ready To Sue Magazine For Printing A Naked ‘Fake Story’, Adds They Should Respect Her Privacy 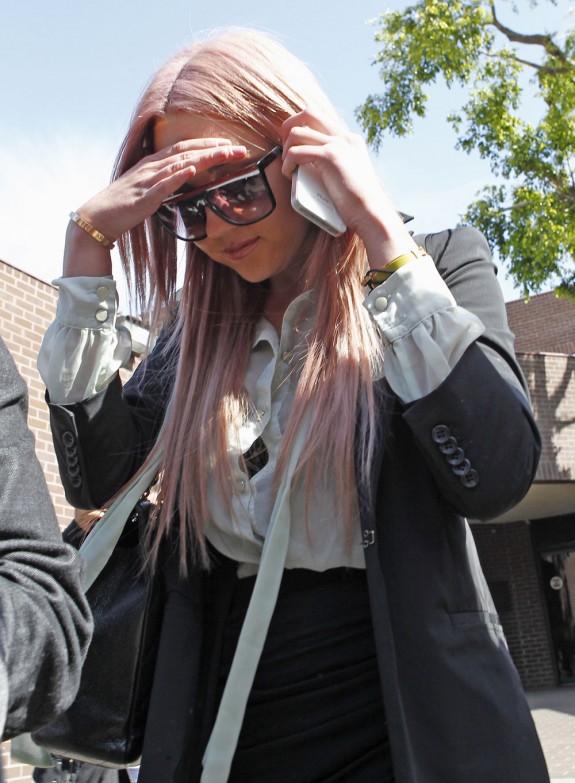 Amanda Bynes is said to be furious over a report which claimed the troubled actress had been walking around a tanning salon completely naked, which the source described to be very unusual. In Touch Weekly made these claims earlier this week, adding that “there was something definitely wrong with her” when she got nude and walked around. Bynes, who is a retired actress, has defended herself after these “fake stories” were printed in magazines — she is now planning to sue InTouch for lying on what they supposedly saw and not respecting her privacy.

Amanda tells Us Weekly: “I’m suing In Touch for printing a fake story,” she said. “I’m not ‘troubled’. I don’t get naked in public. I’m 26, a multi-millionaire, retired. Please respect my privacy.” She recently explained that she’s completely fine and was preparing herself to move to New York in hopes that the paparazzi would leave her alone: “I am doing amazing,” she insisted to the magazine. “I am retired as an actor. I am moving to New York to launch my career. I am going to do a fashion line. I am not talking about being arrested for DUI because I don’t drink, and I don’t drink and drive. It is all false.”

Amanda now lives in New York and plans to start a new life, away from the fame and drama that got her into trouble in Los Angeles. Over the summer, Bynes was the center of attention in all tabloid magazines when she followed in the footsteps of Lindsay Lohan by constantly being pulled over by the police for speeding, driving without a license, drinking and driving and even being pictures smoking the bong before driving to her destination. She was then reported to have locked herself in a dressing room where she spent 2 hours — staff at the store had said they heard constant banging and were close to calling the police.