Christina Aguilera and Lady Gaga Hate Each Other! 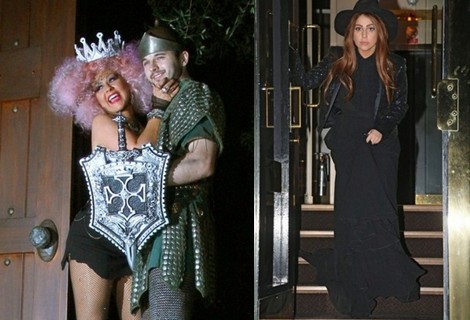 Christina Aguilera of The Voice is green with envy and shaking both fists and jowls at pop princess competitor Lady Gaga once again. As early as 2009 the two bottle blondes have been dropping sly and passive aggressive backhanded compliments at each other in the form of interviews and tweets. Aguilera, whose fame has been dwindling since her wildly popular 2002 album Stripped, has seen a slight rise in popularity due to her appearance as a judge on NBC’s The Voice.

The Voice, which premiered last April, is based on the singing competition The Voice of Holland. Aguilera is joined by Cee Lo Green, Blake Shelton and Adam Levine who featured Aguilera on his band’s single, Maroon 5, single “Moves like Jagger”. The program has entered its third season and Aguilera is preparing for the release of her fifth album Lotus in November, giving her career a much needed jolt. Anyone else would be thrilled for another chance to win over the public, but Aguilera can’t help but feel jealous of Gaga’s fame.

An insider tells Star Magazine, “Christina is threatened by any successful woman, but Gaga really gets under her skin.” Aguilera is steaming because “when Gaga first arrived on the scene, Christina predicted she’d be a one-hit wonder. It drives her crazy that she was so wrong.” Aguilera has even gone as far as threatening physical violence. “Christina can be really low-class and has been saying she wants to kick Gaga’s ass!” an insider reports. Aguilera, who is known for her outspoken nature, even called Ms. Germanotta a “beast”.

Is there some merit to Aguilera’s claims? Since the release of her album Bionic, whose sales tanked, Aguilera has been frequently accused of biting Gaga’s style, including Aguilera’s signature platinum blonde hair. It has to be frustrating being the shorter, fatter, less popular little pop sister of a giant like Gaga. Still, it sounds like Gaga may need to make herself a switchblade dress just in case.