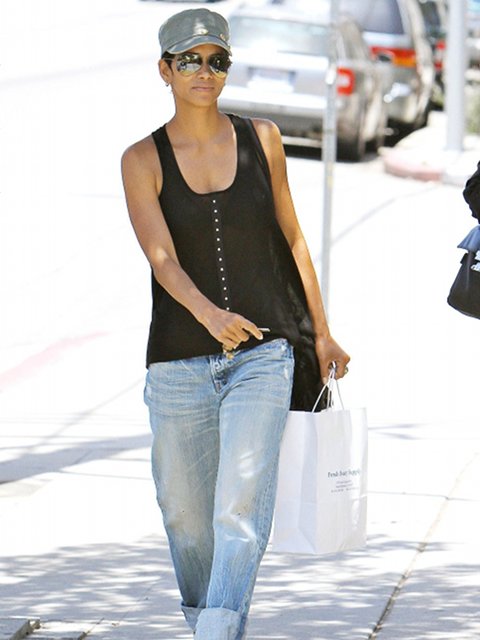 Academy Award winning actress Halle Berry has put acting on the back burner ever since the birth of her first child, Nahla. The 46-year-old mom just did a whirl-wind performance in Cloud Atlas, in which she plays multiple characters. It seems like life is settling into a comfortable pace for the star, and she may be ready to start a family with her fiancé Olivier Martinez.

Halle appeared on The Wendy Williams Show and talked about her family plans. “That’s the thing. Nahla is asking me. Every night we pary to god, and she’s so sweet. She says, ‘God, please bring me a bunk bed and a baby sister.’ And I say, ‘I can do one of those things, I know for sure! The other one we have to keep praying on.’ What do you say to her when she wants that and can’t understand why god’s taking so long, you know?”

How adorable! A baby and a bunk bed—but in which order? Nahla is super adorable, and Halle explained her parenting philosophy. “I want her to be whatever she wants to be. I want to give her a fair opportunity to decide that without the loom of having to do what I did, or having that choice be made for her. That’s what I want.”

But is Halle put off by other Hollywood actresses fertility woes? She has no regrets about starting a family later in life. “I’m a much better mother at 46, or 41 when I had her, than if I were 21 or 25. I was just a little baby, just trying to figure it out, trying to figure out who I was, let alone have the responsibility to help another little soul develop and grow.” What a great perspective. Of course, Nahla is patiently waiting for a baby, but it sounds like Halle is pretty happy with life. But a bunk bed is in her future for sure!