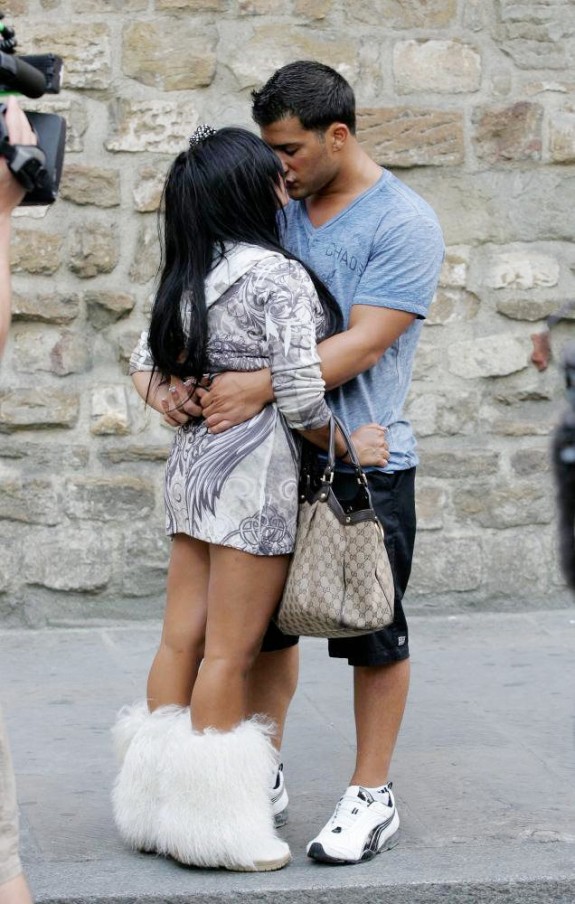 Snooki wasn’t too happy when she had seen what was being posted about her relationship with fiance Jionni LaValle. The pair who welcomed their first baby boy Lorenzo to the world over the summer after getting engaged, are supposedly planning a big wedding for next year, but according to Star magazine and Radar Online, the reality star is only going through with it for a big paycheck.

According to their reports, Snooki is aware of the huge sum of money she will receive from selling her wedding pictures and therefore will go through with marrying Jionni even though she can’t stand him. It goes on, by adding the Jersey Shore starlet doesn’t love LaValle and now that she’s aware the current season of the hit show will be its last run, she is desperate to stay famous and be in the news.

Star magazine quotes their “reliable” source, saying: “Snooki is desperate to stay famous,” a source told Star. “She can’t stand to be around Jionni. She’s only going to go through with the wedding for a million-dollar payday. It’s quite sad, really, and the one who is suffering the most with their selfish behavior and constant fighting is poor baby Lorenzo.”

It looked like Snooki had seen the article after mentioning both sites in her tweet, saying that they are lying about everything — and that’s us making her words sound nice. What she tweeted was: “LOL star magazine & radar online are the biggest bulls**tters ever,” she wrote. “Worst tabloid outfits ever..GET YOUR S**T CORRECT!”