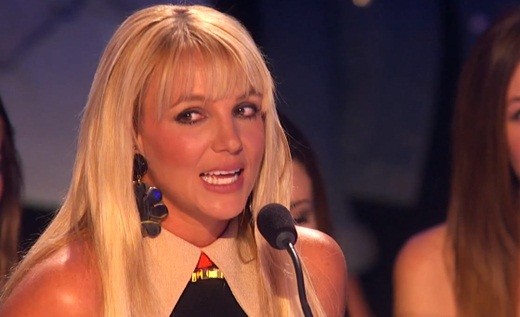 Britney Spears has said that making the devastating decision to eliminate Diamond White from the X Factor on Thursday was a really hard decision for the singer. Though Britney believes the youngster has a fantastic voice for her age, Spears felt it wasn’t up to the standard she would want it to be, seeing that Beatrice Miller and Carly Rose had better performances than White, according to several polls.

“She has an amazing voice for such a young age,” Spears told E! Online. “It was really hard to do that.” She continued to explain why she decided to save Ray from elimination (who seems to be one of her favorite in her category): “I was looking for that eye of the tiger, that ‘it factor’, that someone who just kind of wows you and takes you in.”

Meanwhile X Factor had low ratings when it aired on Wednesday evening with only 7.37 million watching Khloe Kardashian make her debut as a host and see the contestants perform. However, producers are not worried about the ratings dipping due to Hurricane Sandy affecting millions of people in the east coast over the week — many homes were left without power for at least four days before their electricity came back on.

Critics have said that the panel of judges are much better than last year’s lineup which included Cheryl Cole (who was axed during auditions for struggling to interact with her co-workers), Paula Abdul and Nicole Scherzinger who has since moved on over to the UK’s version of the show, where viewers have welcomed her with open arms. Surprising since she didn’t interest us with her constant sobbing when she was judging over in the US. Ha.