Is Khloe Karadshian The Most Hated Reality Show Host Ever 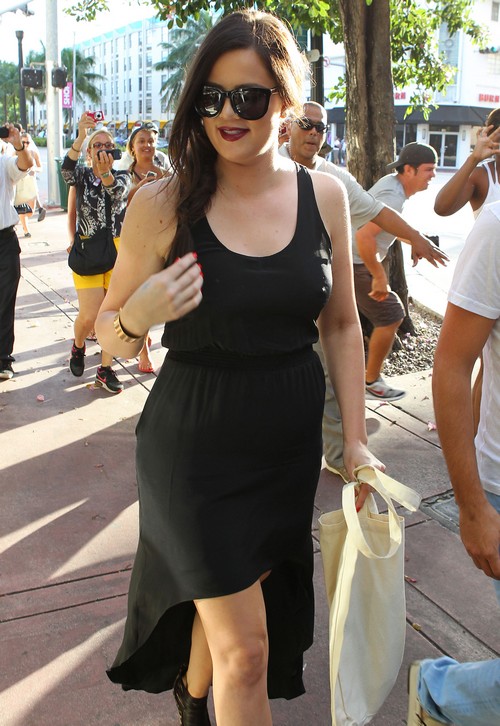 If you watched Khloe on the last two episode of The X Factor USA, you would have to agree.  She is awkward, her timing it totally off, she looks lost and she is just bad.  On her debut episode she wore a see-through blouse with her nipple clearly visible and spent most of the show flirting, or what she considers flirting, with Simon Cowell.  It was just embarrassing.

She followed up her debut performance by squishing herself into a dress one size too small which made her look like a stuffed sausage.  It seems like I’m not the only one who think she is a crappy host.  Allegedly fans of The X Factor have been yelling too and not only yelling but tuning out.  There has been a huge public backlash and ratings for the show are tanking.

People like Mario Lopez, no surprise, and are demanding that Khloe be removed and are going so far as to boycott the show until her KarTRASHian butt is kicked to the curb.

With numbers like that Khloe is going to have to do a lot more than flirting to keep her job as X-Factor host!