Jon Hamm Spotted On the set of “Mad Men” (Photos) 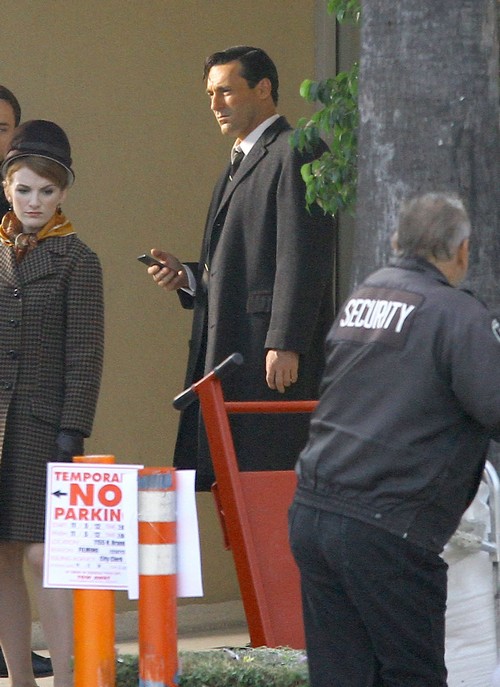 They are currently filming the sixth season of the popular show.  Not many details of the new season has been released yet.  Jon has previously defended all the secrecy surrounding Mad Men, he said ”

“What show wants to ruin their whole narrative structure.  Who wants to be told the end of things? I think it’s a good thing that like most shows we don’t tell people what’s going to happen.”

The sixth season of Mad Men is expected to air in 2013.