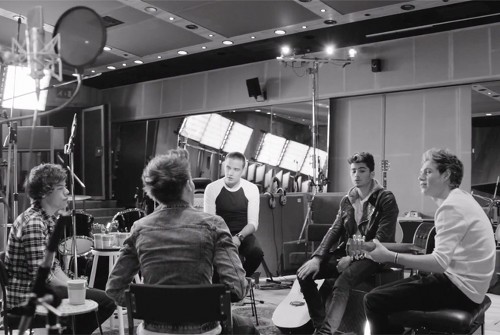 Just one week after One Direction released their lyric video to their second single Little Things, the group didn’t seem to waste any time to debut the music video for it. The song which went out two weeks before fans can get their hands on a copy, definitely shows a different side to the band as they all o their vocals can be heard, showing critics that all five members are equally talented.

Little Things was witten by Britain’s newcomer Ed Sheeran who recently admitted that the song was originally going to appear on his debut album ‘+’, but when the group voiced their opinion that they loved the song, he decided to give it to them instead. Sheeran explained he wrote the song about his ex-girlfriend, saying: “The great thing about it is I wrote that song with a girl called Fiona Bevan when I was 17 and we lost the song,” Sheeran told Capital FM.

He continued: “I’ve kept in touch with Fiona, we’ve done gigs and stuff and about two months ago she sent me the tune and was like, ‘Oh, do you remember this?’ I was like, ‘Yeah, I do remember that’, and I was in the studio with the One Direction boys at the time and I was playing it and they were like, ‘We really like that’.”

One Direction’s Take Me Home will be released November 12th, the same day Little Things goes on sale.