Alicia Keys’ Fourteen Grammys Have No Place In Her Mansion: ‘I Keep Them In A Box’ 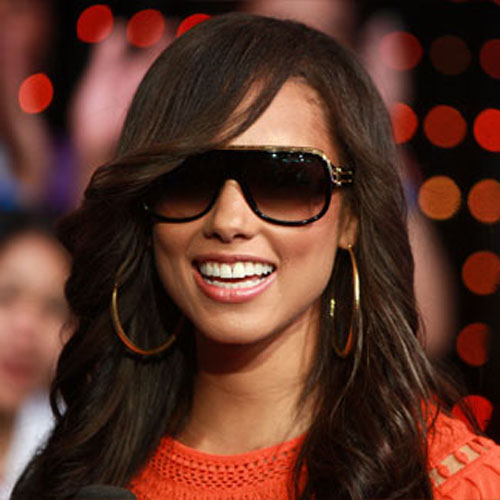 It’s quite shocking that Alicia Keys doesn’t place her fourteen Grammy awards in a special place for her visitors to see the shiny golden gongs which represent the successful achievements an artist has accomplished. The singer who was the first female artist who win five Grammys in one night, back in 2002 for her album Songs in the Key of A Minor, has said that she doesn’t have a place for the awards in her home, before giving examples that if she had put them in the living room, it would be too “self-serving”.

It looks like Keys hasn’t quite figured out what she will do with the awards just yet, when she told Details magazine: “I just haven’t found the place for them, I guess. Like, they can’t be in a bathroom, that’s just wrong. They can’t be in the main living area, because that’s way too self-serving – like, relax.” She continued: “I’m proud of them, don’t get me wrong. I just feel weird about hanging them. Maybe I can hang them on top of somewhere that you can’t quite see, but gets dusted once in a while.”

Alicia will release her forthcoming studio album Girl on Fire on November 26th. The first single of the record, also titled Girl on Fire, features rapper Nicki Minaj which Alicia says was a great choice for the song due to the “honest and raw” lyrics Minaj wrote for her verses. She says: “It doesn’t matter who you are, how you are, in what way you express it – that’s what’s important about it. I think the rhyme that she did on the Inferno version of ‘Girl On Fire’ is really special. I think it’s really a very raw, honest Nicki that I really love.”

Let’s hope this new album can get her another Grammy award.