Were Kendall and Kylie Jenner Abused by A Prankster? 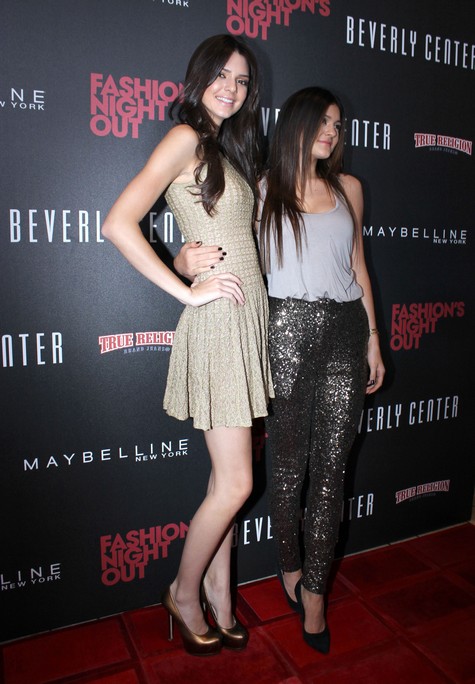 What is worldwide fame without a nasty prank or two? We’ve all heard about the “swatting” pranks, where cell phone apps are used to dial from an anonymous number and alert the authorities about “alleged” criminal activity at a celebrity’s home. We’ve all seen the “death hoax” pranks, where a new celebrity dies a horrible death every week- not many celebrities are necessarily harmed during the making of this tomfoolery, just annoyed. However, for the first time in the Kardashian tribe’s history, they also had to endure one of these sickening practical jokes.

According to several reports, an anonymous prankster phoned the police in Los Angeles and alerted them about alleged abuse done unto Kendall and Kylie Jenner, the lesser known “Kardashian sisters”.  Child protective services showed up at the Kardashian home late last week, only to discover that the alleged abuse was unfounded and uncalled for.  A Kardashian representative released a statement, “Among the several ridiculous accusations, all of which were proven to be false, this situation cannot go without being addressed. It’s a shame that anyone can make up such hurtful and hideous untruths especially when children are involved. We are taking this matter very seriously and investigating to find out who is responsible for fabricating such a terrible story and will take the necessary legal action to ensure this does not happen again.”

We’re hardly the biggest Kardashian fans on the planet, but this prankster took the whole Halloween trick or treat motif a step too far. There’s a huge difference between phoning up your local McDonald’s and claiming to be a zombie cow, and phoning up child protective services to report allegations of abuse. The Kartrashians might be money hungry fame whores, but they’re definitely not child abusers.

Oh, and while we’re at it, if you plan to prank someone, please ensure that you don’t hurt someone in the process. Dude, it’s really not cool to mess up people’s lives, especially when said people are more famous than cupcakes and unicorns.