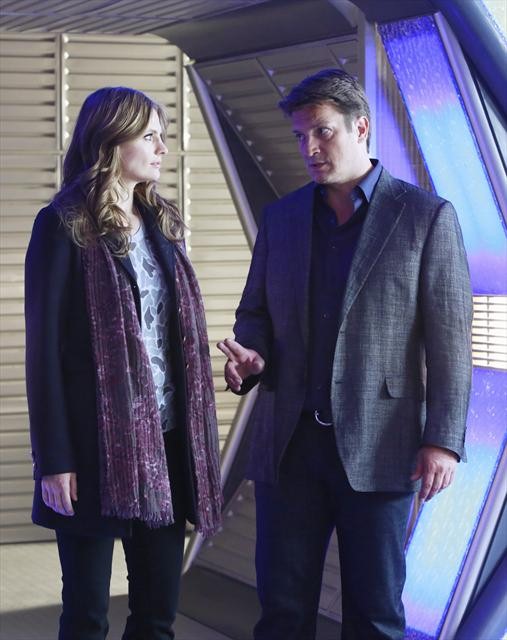 It is Monday night and that means it is a new episode of Castle called “The Final Frontier.”  On last week’s episode while investigating a shocking ritualistic murder, Beckett and her team uncovered surprising evidence linking Castle to the killing. As the evidence against him mounted, loyalties were tested, and when surprising revelations come to light, Beckett began to wonder how well she really knew her new lover and partner of four years.  Did you see last week’s episode? We did and we have a full and detailed recap here for you.

On tonight’s episode when a body is found at a sci-fi convention, Castle and Beckett are warped into the heart of fandom — a world of egotistic celebrities, diehard costumed fans and enough drama for two galaxies.  In a Castle “shocker”, Castle bumps into Alexis at the convention and is shocked at her revealing anime outfit, it’s the sexy side of sci-fi.

So be sure to tune in for our live coverage of ABC’s Castle tonight at 10PM EST! While you wait for our recap, hit the comments and let us know what your think of Castle season 5, so far?