Chris Brown Plans To Open His Own Children Charity — Would You Donate? 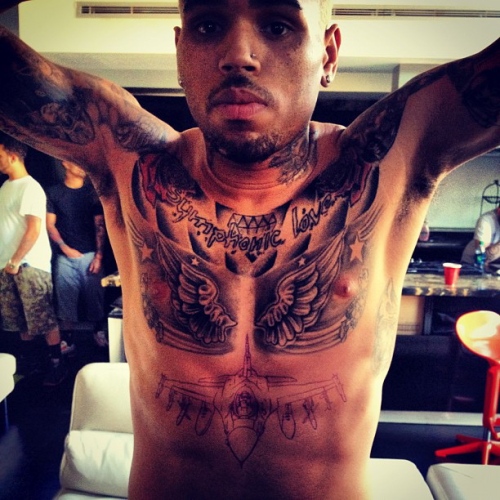 Why do we get the feeling that Chris Brown isn’t genuine with the idea of starting his own children charity. The singer, who beat up Rihanna (we had to mention it), wants to start a charity that will help kids to be more creative and share their work with the world, seeing that Chris has a huge passion for artwork himself (see his shirtless body for a perfectly good example – it’s covered in “art”).

The charity will also focus on educating teens due to young adults struggling to find jobs, and not to forget, it will also help raise awareness about domestic violence. Brown has definitely been trying to show people that he is trying to turn his life around by starting a charity of his own where teens and younger children can be creative and share their work along with focusing on domestic violence and educating students.

“Chris wanted to focus on supporting arts programs because art has been such an integral part of his life,” explained a source involved in the project. “It’s been a way for him to express who he is ever since he was a young child. He’s been quietly painting for years and sees it as a positive outlet for low income children. Chris has been extremely generous with both his finances and time with his foundation.”

“He really wanted to find an effective way to help children and teens. And honestly, I have to say Chris is one of the most caring and genuine people I’ve ever worked with on a philanthropic cause. This will be one of the most active foundations established by anyone in his generation. He will be actively engaging with young people and his fans with it.”

Let’s just hope no children get hurt when he loses his temper! Ha. We had to insert a joke here.