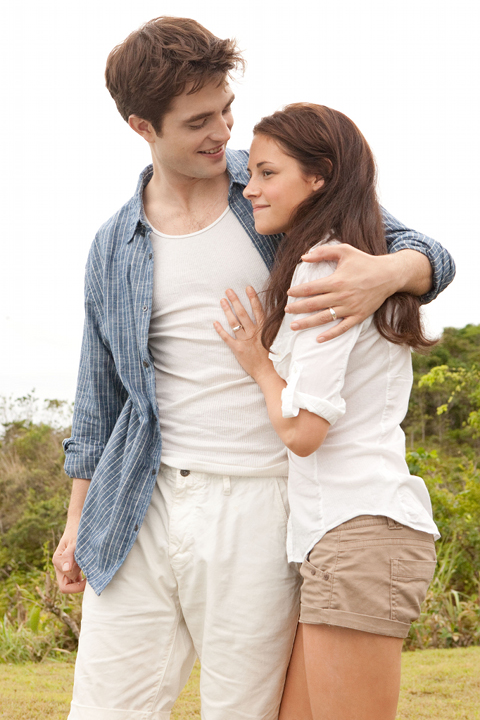 It must be so weird to date your vampire lover costar in real life, but Kristen Stewart and Robert Pattinson don’t mind mixing business with pleasure. The couple recently reunited and have been touring the world to promote Twilight Saga: Breaking Dawn Part 2, which means giving juicy interviews. Fans of the series know that, after four films, we will finally see Bella and Edward have hot and steamy vampire sex. (Yay?) The real life couple weren’t that into it though. In an interview, Kristen admits that the sex was pretty terrible.

“It was awful!” Kristen yelled, “I was like, ‘Bill, you’re depriving me of this experience. We’ve been waiting for vampire sex! What are you doing?!'” What was director Bill Condon doing? Apparently he had a unique idea about how to film the newlywed’s first romp. “Bill kept saying that he wanted to make this one feel like you’re very much inside of the experience,” Kristen explained. “Like you’re there, you’re sort of a part of it, which is odd. But to do that we had to look directly into the camera instead of at each other.”

Gross. I’ll be seeing the film (for work, for work) and really do not want to be a part of some kinky, poorly acted vampire threesome. Robert also chimed in on the experience, “Vampire sex is supposed to be the greatest sex in the world, and then everyone turns up on set and they’re like, ‘OK, well, uh, what’s your thing? It’s, like, completely crazy!” Robert previously said that the sex scenes were ridiculous, so I’m betting that fans are in for some pretty cringe worthy stuff. Thank god the theater is dark and no one can see the massive eye-rolling and guffawing. Will you be first in line to see it November 16th, or is this one to skip?