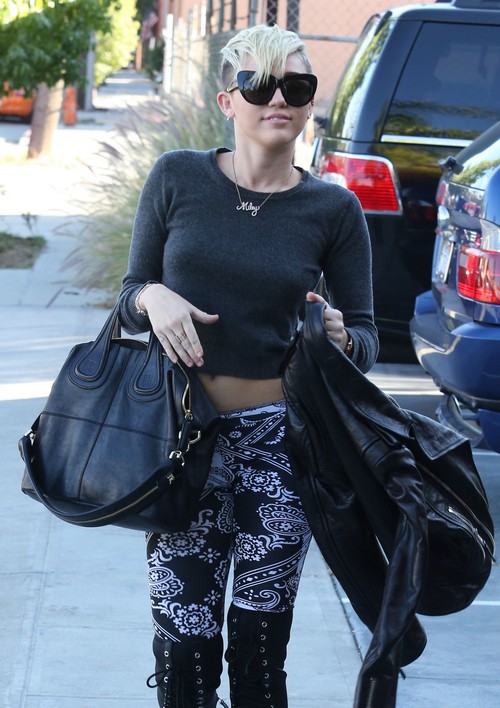 Miley Cyrus has gotten the offer from Sex.com about a soft-core remake of her new music video ‘Decisions‘ alongside X-rated actress Jessie Andrews, who stars in the promotional clip. A letter sent to 19-year-old Miley’s agent from Sex.com’s Media Director Martin Ellison reads:

“As you are already aware in the video she kisses her boyfriend, Liam who is dressed as a unicorn. We’d like to replace Liam with the AVN Starlet of the Year, Jessie!  We aren’t looking to make a boy/girl ” Hannah Does Montana” sex video here, but rather a softer “girl on girl” version.

“How far Miley chooses she wants to go is entirely up to her. We adore her new sexy look, and our members at sex.com have been emailing us all day begging us to make her and Jessie an offer to star together on ﬁlm together! Considering they are both sexy and youthful in their appearance, we think this could be the most downloaded video of all time!

“Please respond to this email to let us know if there is any interest.”

The company have already approached Beacher’s Madhouse within the Roosevelt Hotel in LA – where the original ‘Decisions’ video was shot – about filming there and according to TMZ.com, Jessie has agreed to take part in the raunchy remake.

No news yet on if Miley has accepted the offer!