The Wanted On Their Relationship With One Direction: ‘We’re Not The Best Of Friends’ 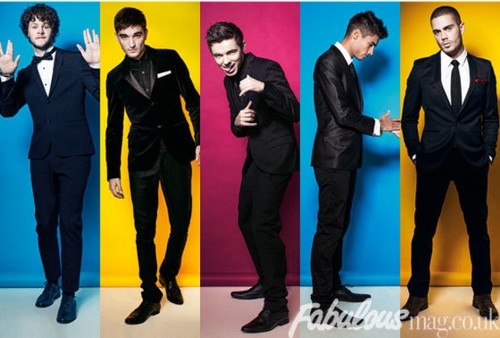 It didn’t take long til there would be some kind of rivalry between The Wanted and One Direction. The two British groups enjoyed success when both of their songs ‘What Makes You Beautiful’ and ‘Glad You Came’ climbed the Billboard Hot 100 charts. Though it seemed that everyone was getting along, we were wrong. The Wanted who did an interview with The Sun‘s Fabulous magazine came across as very envy when they said: “We’re not the best of friends, so it’s not like we are going to go up and start hugging and kissing.

“And they make little comments in interviews when we’re mentioned. But they’re young, and that’s expected, and I laugh at it. If they’re taking it seriously, then maybe that’s just an age thing. There’s no actual fighting, it’s just the way it goes in the media. I’ve met the boys. They’re not angels, but who is? When we first started it was us versus JLS.”

The group took another shot at 1D when they said people who come from talent shows such as The X Factor are not prepared for what is bound to hit them when they become famous and receive international success. They continued: “Programs like The X Factor make you famous very fast and don’t prepare you for what you’re going to face. In the beginning, we were going to club gigs and getting bottled and shouted at. It makes you deal with negativity and that made us stronger.”

One Direction ar gearing up to release their second album worldwide later this month, while The Wanted are still recording their own, in hopes that it will also receive the success that the younger boys have received. We wish them the best of luck but taking shots at another group is a little pathetic considering that The Wanted are older, too.