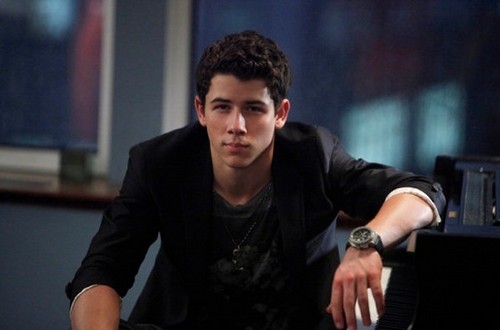 Nick Jonas has admitted that his song ‘Wedding Bells’ is aimed at Miley Cyrus. The singer who dated the fiancee of Liam Hemsworth back in 2006 has written a song about her – his reason being that he likes to write about songs based on his own experience. Though the song doesn’t mention anything scandalous about Cyrus, Miley addressed the song herself in a recent interview with Ryan Seacrest where she said: “I don’t know who else is getting married… so I feel like that’s pretty blatant.”

“Everyone has to write songs that are about things that they felt,” the 19-year-old admitted. “So you can’t ever hate on someone for writing about something you’ve been through. I think that you kind of get a fair warning when you date an artist and someone that’s a writer. When you’re going through things, you’re going to end up hearing about it on the radio.”

Now, just weeks after Miley said this, Nick decided to speak to Seacrest, too – but this time it would be to make the not-so-shocking announcement that he had written the song about Miley. “[She was] absolutely right. Beyond romance, and if you’re years removed from that, as you carry into a friendship with somebody, which is where it’s at with her and I. It’s just about being open and honest about the fact that your life is what you have to write about sometimes and pull from that life inspiration.”

Nick and his brothers Kevin and Joe Jonas are planning a reunion tour early next year, followed a new album. But the question remains: will their fans continue to support them, seeing that Justin Bieber has literally taken over their fanbase. Hmm, – we wish them good luck.