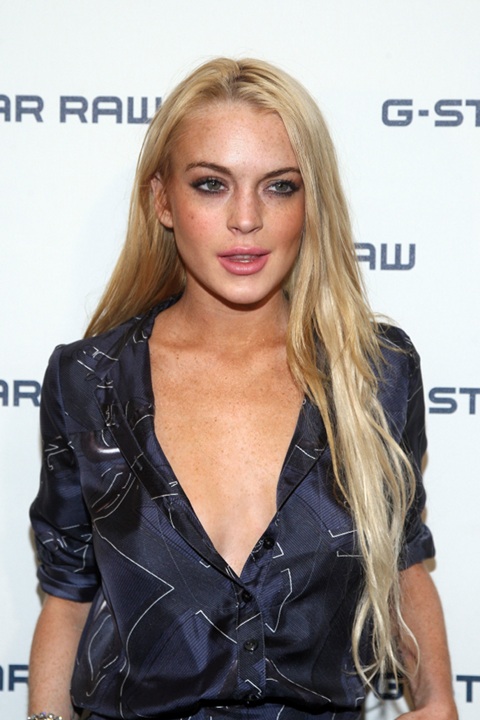 Girl cannot get it together! Lindsay Lohan is a notorious drug abuser, partier, bad driver, liar, thief, and god knows what else, but every time she stays out of trouble for a whole weekend, I get so hopeful and thrilled for her. And then she drives into semi trucks and all the drama comes back! This time, Lindsay is being legally charged with Pinnichio-ism, which in legal terms is called obstruction of justice, TMZ reports. The D-list celeb lied to police about being the driver when her Porsche hit an 18-wheeler, and her lawyer hasn’t managed to wriggle her free yet.

Multiple witnesses confirm that Lilo was the driver, but her statement in the hospital promised she wasn’t. Cops also wanted to charge her with drug possession, because apparently the floor of the car was covered with random pills! Unfortunately for drivers and pedestrians everywhere, Lilo’s lawyer produced prescription papers from her doctor and was able to prove the pills were legal–if not improperly stored.

The charge, which may be filed this week, will violate the terms of Lindsay’s probation–you remember the whole “I didn’t steal the necklace!” case, right? Well, she’s supposed to be on top behavior, but just can’t manage! Her judge, Stephanie Sautner, could send her to jail for a long time because of this. Though it’s not like she hasn’t done time before, in fact, I think she has her on cell on reserve 24/7. And redheads look fab in orange jumpsuits! Only time will tell, but one thing is certain: girl is a danger to everyone, and the government needs to step in and protect us from her drug-induced cat fights, auto collisions, and bull shit lies! I wonder what crazy story her lawyer Shawn Holley will concoct to get her out of this one!