He’s Definitely Not A Fan: Lady Gaga’s Producer Goes In On Nicki Minaj: ‘You’re Not Talented’ 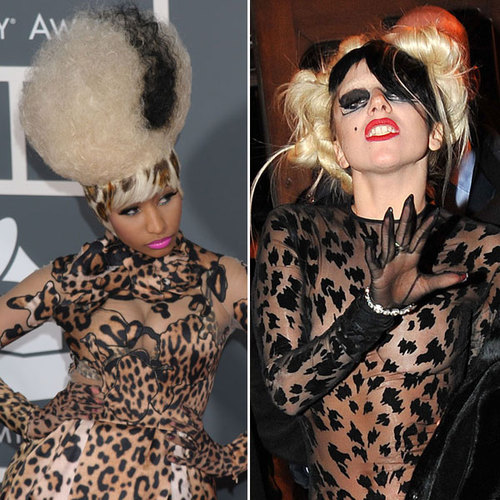 Lady Gaga‘s producer DJ White Shadow has shared how he feels about Nicki Minaj on Twitter. The producer, who worked on Gaga’s Born This Way album randomly slammed the rapper, adding that he finds her untalented and only got lucky in the music industry because she’s signed to Lil Wayne‘s label Young Money, which is the home for artists such as Tyga, Drake and Bow Wow.

White Shadow wrote on his Twitter page: He tweeted: “Ok. Nicki Minaj. F**k you. Get a grip. You are lucky, not talented. Stop. Please stop. XO. DJWS”. The tweet was deleted after a few minutes “by accident” he claimed, before writing another vented tweet at Minaj.

“Oops didn’t mean to delete that. But I don’t recall what I said, basically it was “come on son” to nicki. Cause you are wack,” he tweeted. No word if these two had some kind of beef in the past as no producer would randomly be writing mean words to another artist. Minaj didn’t seem to care as she never replied to the messages, probably because she has a lot of things going on for herself.

While Gaga’s producer is slacking Nicki off on Twitter, Minaj is busy making money as she’s currently touring in the UK before she heads back home to judge contestants on American Idol after signing an $8 million deal with the show. Well, she definitely knows how to make money for someone who isn’t talented.