Johnny Depp and Amber Heard Back Flirting Again – Romance Back On? 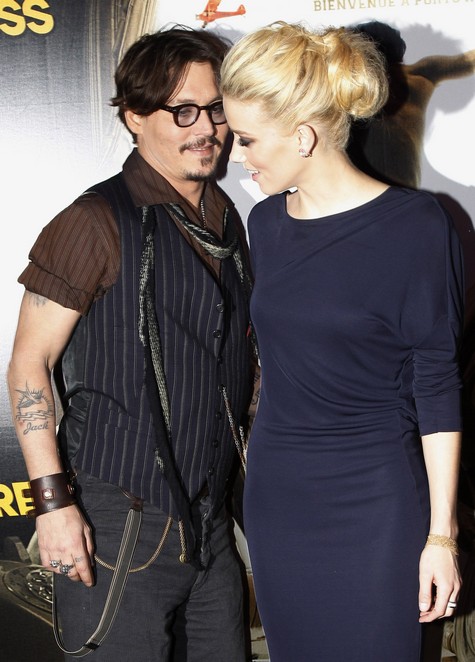 Johnny Depp and Amber Heard who starred together on The Rum Diaries and have been romantically linked since Johnny announced he had split from his long-term partner Vanessa Paradis allegedly couldn’t keep their hands off each other as they enjoyed an evening in the VIP section of Los Angeles’ AV Nightclub.

Rumor has it the two are dating again after Johnny wooed Amber back with handwritten poems and flowers.  He wouldn’t have had to woo me back…… Johnny Depp, yum!!!

But Johnny not one to give up, apparently sent Amber a personally penned poem and a bouquet of roses every day throughout September to convince her to give him another chance, and his plan eventually worked and she flew out to his private island, Little Hall’s Pond Cay in the Bahamas, for a mini vacation.

A source said: “Johnny didn’t give up – he missed her so much over the summer. They both love literature and the way he tried to win her back totally worked.  Once they flew to his island in the Bahamas for a romantic break a couple of weeks ago, they were back on as a couple. Johnny’s the type to fall hard and he’s vowed not to let a girl like Amber, who’s beautiful and intelligent, slip through his fingers.”

Well Amber, if you decided to kick Johnny to the curb again – can you kick him over to my curb?????