Robert Pattinson Panicked About End Of Twlight–Is Fifty Shades of Grey In His Future? 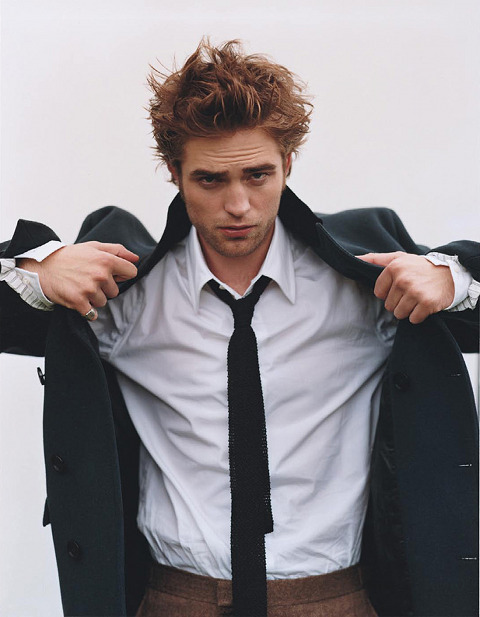 Could it be that Rob just likes to stay in the loop with fan art, or is he scoping out his next big film series? While he isn’t my first pick for haughty, super rich, sex god Christan (I’m looking at you, Ian Somerhalder!), I suppose he could do well. And what is it they say about books growing with the readers? I think that transitioning from teen fiction to hard core porn lit counts! Of course, Rob didn’t say much more, and I wouldn’t expect him to. He tends to be very stoic and mum in interviews (except when he lets major gaffes slip, which I appreciate!), and he already has the accent down. Heck, he’d get to come to Seattle to film (my hometown), which should be quite a comfort as his Twilight hometown is just four hours west! Would you approve of a Rob/Edward/Christian casting situation?