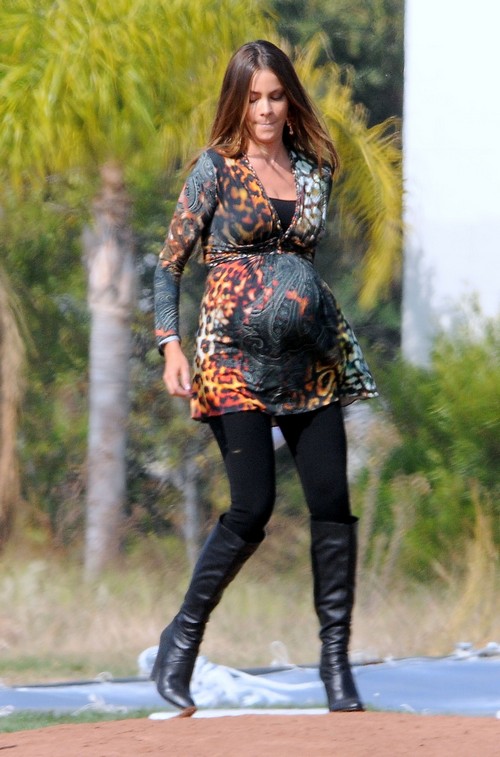 Sofia Vergara comes across as a fast talking, tough as nails, strong woman but it looks like when it comes to her relationship, she’s in the passenger seat.  Fiance, Nick Loeb has not only taken control of the relationship but he also seems to have set his sights on how Sofia’s runs both her personal life and her career. According to The National Enquirer, Nick has fired valuable staff members and pressured the actress to make some interesting financial investments. The actress earned a cool $19 million last year and those close to her believe that Nick is intending to cash in on Sofia’s fame.

“He fired Sofia’s beloved maid a few weeks ago,” a source told The ENQUIRER. “He warned Sofia’s handlers that her manager is on the chopping block too, because Nick wants to push her more into movies and away from TV. She has no idea the extent to which Nick is trying to take con­trol of her career and finances. He’s treating Sofia more like a bank cash machine than a bride-to-be. And Sofia is such a loving, trusting woman that she would never suspect that Nick is using her for her fortune”.

Nick himself is a banking heir, said to be worth 15 million himself, but apparently he sees Sofia as his security net. The couple split last year after Nick strayed and Sofia took him back but supposedly has added a list of restrictions now to the terms of their relationship. That doesn’t sound quite right to me. A woman really in control of her life doesn’t find herself under the thumb of a semi-Svengali like Nick.

Should Sofia wise up and quit letting Nick control her business before it’s too late?  Do you think this relationship is doomed to fail? Does Nick even care about her or is it all about her money? Tell us your thoughts in the comments below!