Harry Styles: ‘There’s Someone I Like But She’s Not My Type’ 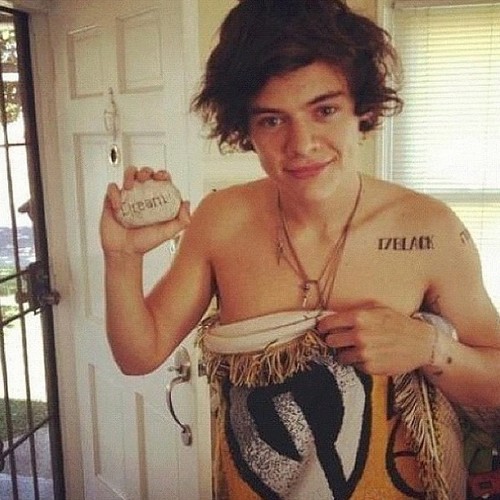 One Direction’s Harry Styles seems very picky with his girls. The singer who is covering next month’s issue of Cosmopolitan with his fellow group members explained that he has fallen in love with a girl he likes, but she’s not his type. Styles, who has been linked to women such as Taylor Swift, Selena Gomez, Caroline Flack, told the mag he is attracted to women by how they act, their body language and that can laugh at themselves.

“I feel so lucky to be in this position, I’m not entitled to get annoyed. I’m not half as busy as they make me out to be! A lot of the time, the way it’s portrayed is that I only see women in a sexual way. But I grew up with just my mom and sister, so I respect women a lot. There’s someone I like… but this girl… isn’t my ‘type’. It’s more about the person. How they act, their body language, if they can laugh at themselves. I find ambition really attractive too – if someone’s good at something they love doing. I want someone who is driven.”

Styles also recently expressed his feelings on safe sex, saying if you don’t want to deal with the consequences of having a child – especially when you’re a teenager yourself – then they should consider putting on a condom. Harry explained: “It’s too much of a risk. If you’re not ready for a child, then don’t risk it.”

One Direction will perform on tonight’s show on X Factor as they promote their latest album Take Me Home, which is released on November 13th. The album has been predicted to sell 300,000-400,000 in its first week in the United States which will be one of the biggest sales in a week for a British boy group. Little Things, their second single from the album, will also go on sale on the same day — so the boys are definitely looking to make a couple of millions before the end of the year, seeing how things are going right now.