Miley Cyrus Denies Planning Three Weddings With Liam Hemsworth: ‘I’m Only Having One’ 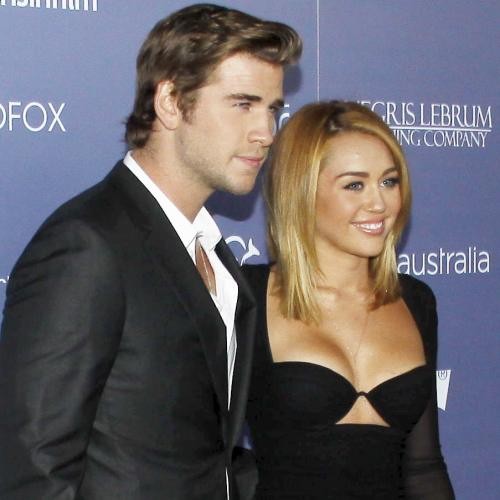 Miley Cyrus has denied reports, claiming that the singer was in early stages of planning three weddings which would take place in different locations (one in Australia – due to Liam’s family being out there – one in Los Angeles and one in Nashville). However, according to Miley herself, she’s aware of the rumors that have been going around and has finally denied it on television when she came on the The Ellen DeGeneres Show for a brief chat. Miley goes on to explain how her wedding day has to be all about her, and most definitely having everything “perfect like the soundtrack in a movie”.

Cyrus explained: “What I’m most excited for is that look, when who you’re marrying, you see the first time – you’re seeing the dress and everything you planned for months and months coming together, and you did it together. And it’s only the people that you really want there – it’s a day that you don’t have to say, ‘Well, I’m kind of obligated…’ I don’t ever feel like that. This is the one day that it’s what I choose and every detail is things that I love, and I think that look – I don’t want people to ever forget about that.”

She added: “There’s some rumor going around that I’m having like 47 weddings – I’m not. I’m having one wedding. That’s my day and whatever I want on that day, it will be about me and that moment, that look of love. That’s the one day that that movie crap is real, that romance.That look is the time that you get that. I’ve been to probably 10, 20 weddings and I’ve seen that look probably five, six times. It’s rare that people just stop to really look a person in the eye and know that this is your life together. It’s important.”

Though fans are waiting to find out when Miley will be walking down the aisle to her Hunger Games fiance after announcing their engagement back in June, the singer explained that it wouldn’t be anytime soon, considering that she’s currently working on her forthcoming album while Liam is strictly focusing on the sequel movies of Hunger Games:

“I’m so focused on my recording that I don’t want to be in between touring and trying to plan all that,” she said. “I didn’t really realize until I got a wedding planning book what you have to decide on. Like, I don’t care what color the napkins are, to be honest! I really don’t care. So it’s a lot of weird detail – I don’t want to be doing too much and be crazy and forget about the moment of it all.”