Heidi Klum Is No Longer Hiding It: ‘Yes, I’m In Love With My Bodyguard’ 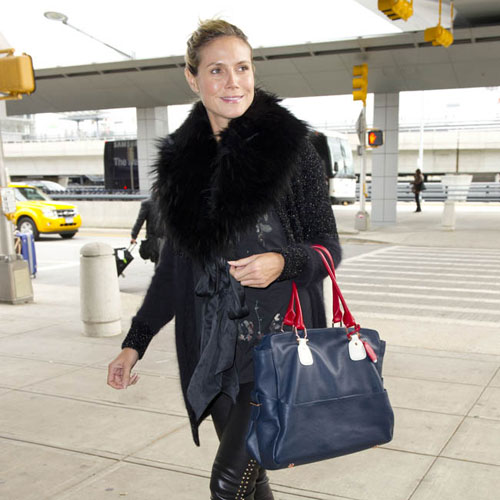 Heidi Klum just doesn’t care what people have to say anymore — especially her ex-husband Seal. The glamorous supermodel had supposedly decided to pull the plug on her marriage to the singer since she started building a love relationship to her german bodyguard Martin Kristen, who has also been a close friend to the family for several years. Klum was targeted by the media for quickly moving on from Seal when it was rumored she was dating Kristen (no, not Stewart. Ha), which she avoided to answer when asked in interviews, until now.

Heidi explained to german magazine Bunte that her four children love spending time with Martin and he does, too. The Germany’s Next Top Model host goes on to explain why she fell in love with him in the first place, before being asked on how serious her relationship to Kristen was. “They like him very much,” she is quoted as saying in the magazine.

“This is also one reason why I’m so fond of him. He’s been helping me for four years now. And he takes wonderful care of the kids. He plays with them, he protects them. I trust him.” When she was asked if it was a serious relationship, Heidi replied saying: “Yes! I’m in love!”

Klum is currently preparing herself to host this year’s European Music Awards on Sunday in Frankfurt, Germany. Artists who have been confirmed to appear at the event are Taylor Swift, Justin Bieber, Rihanna and Katy Perry (who hosted the event twice in the past). Sharing her excitement on landing the role to host the show, Klum says: “I’m honored to host the 2012 MTV EMAs in its return to my home country of Germany,” said Klum.

She continued: “The MTV EMAs is one of the biggest nights in global music, fashion and culture, and I’m thrilled to play a part in bringing this one-of-a-kind show to audiences all over the world. We’re going to have a blast!”

Do You Want to Know What Heidi Klum Is Removing?