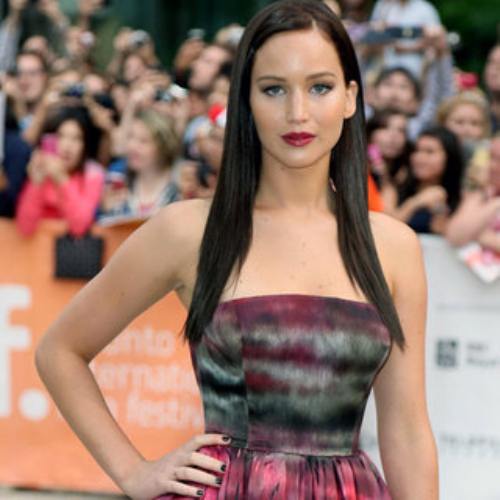 Jennifer Lawrence is considered a fat actress in Hollywood, the actress explained. Lawrence must have received some kind of backlash in the past, considering that she thinks this way, however, she has said she would not starve herself to land a movie role as she’s happy with the way she looks.

Jennifer who has starred in movies such as X Men: First Class and Winter’s Bone, before landing the lead in the movie The Hunger Games as Katniss Everdeen, continued that she doesn’t want fans to think they have to look like her in movies because most of the time, the role requires her to hit the gym to get body in shape.

She tells Elle magazine: “In Hollywood, I’m obese,” Lawrence said. “I’m considered a fat actress. I’m Val Kilmer in that one picture on the beach. I’m never going to starve myself for a part. I don’t want little girls to be like, ‘Oh, I want to look like Katniss, so I’m going to skip dinner’. I was trying to get my body to look fit and strong – not thin and underfed.”

Lawrence isn’t the only Hollywood starlet who have addressed their weight concern in the industry. Singer Adele has said her weight is not an issue to her, she’d never change herself to be someone she is not, however if it was to ever interfere with her health or her sex life, she would consider going on a diet: “I read a comment on YouTube that I thought would upset me – ‘Test pilot for pies’ – but I’ve always been fine with it. I would only lose weight if it affected my health or sex life, which it doesn’t.”