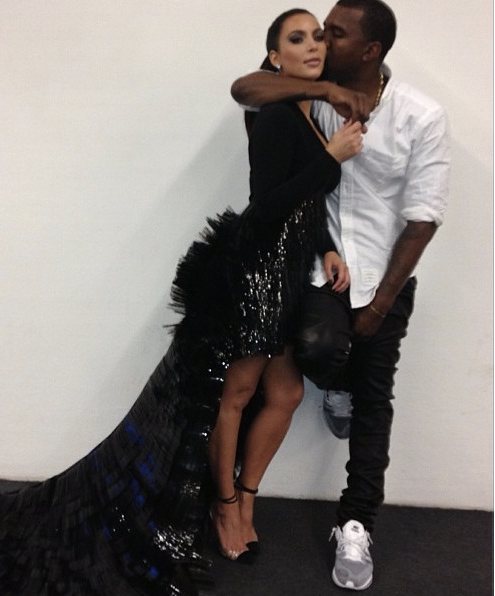 Kim Kardashian and her beau Kanye West have been accused of not paying an ice cream bill. The two who are currently in London as the Kardashian launched their clothing line Kardashian Kollection overseas, were seen at the London ice cream parlour, and of course dozens of fans were crowding around them. WENN claims that  an employee at Haagen Dazs cafe in Leicester Square was angry to find out that Kim and Kanye had ditched the building when she had given them the bill for their ice cream.

The woman who goes by the name of Assa on her Twitter page took to the social networking site to put the reality star to shame. She definitely didn’t sound too happy when she tweeted: “Dear Kim Kardashian & Kanye West thank you for coming in HD, you could’ve at least payed for your ice-cream, regards the girl that served u (sic)!”

Neither of the two have responded to these claims. Meanwhile, Kanye had supposedly joined Kim in London as he felt lovesick. The rapper, who is currently recording his new album, has been dating the reality star since February. It was reported over the summer that the two were even planning their wedding together, despite the fact that Kim is still legally married to ex-husband of ONE YEAR Kris Humphries.