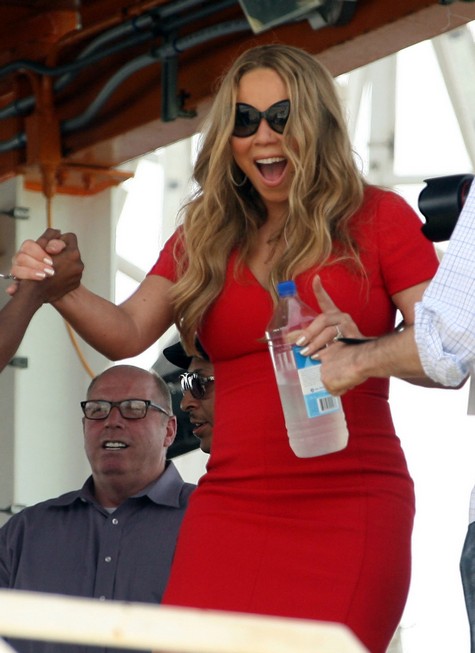 American Idol judge Mariah Carey is worried that Bobbi Kristina Brown is on the same path as her mother Whitney Houston who died from abuse of drugs and Mariah wants to save her!  She has let Bobbi, 19,  know she has to turn over a new leaf and change her ways stat!  Mariah is ready to help!

A source said: “Mariah decided it was time for some tough love. She told Krissy straight up that she knows she’s not living right. It was a pretty harsh conversation and they both ended up in tears. But hopefully it had some sort of impact because Krissy needs to make some serious changes.”

Bobbi has been in the news lately because she hit her boyfriend Nick Gordon’s Camaro with her own vehicle in the parking garage of their Georgia apartment complex, causing severe damage to the front of his sports car.  The accident came just weeks after Bobbi Kristina and Nick were involved in another crash that damaged his car.

Neither were injured in the accidents but the two were said to be arguing at the time.