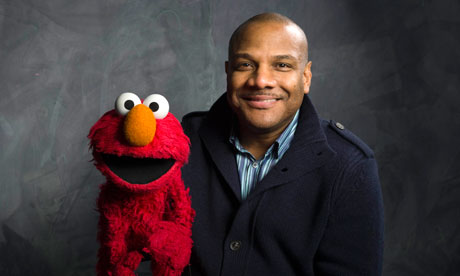 Kevin Clash, the voice of Sesame Street’s Elmo, has admitted he is gay, but denies inappropriate sexual behavior with a minor. Yesterday, news broke of the alleged underage sexual relations Kevin had with a minor, but he has since spoken out about the matter and admitted that he had “a relationship with the [now 23-year-old] accuser, but not an illegal one.”

The reason as to why Clash was disciplined was due to an email Clash wrote the 23-year-old accuser. In the email, he wrote, “I’m sorry I keep talking about sex with you, it’s driving me insane. I want to know that I love you and I will never hurt you. I’m here to protect you and make sure your dreams come true. I’ll have my assistant book a ticket for you to come to NY and we can talk about this in person.”

The 23-year-old alleged that Clash had sexual relations with him when he was 16, which is statutory rape in the state of New York. What do you think? Do you think the 52-year-old Clash could be guilty of such a crime? Let us know your thoughts in the comments below.