What do Katy Perry and A Table Have In Common? 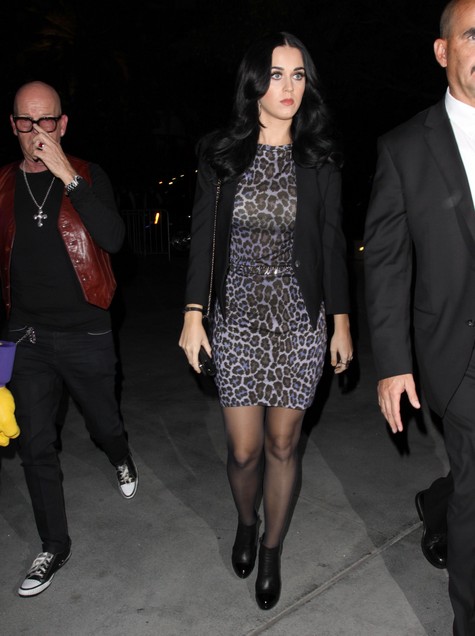 Katy Perry was on a romantic date with boyfriend John Mayer at the Polo Lounge in Beverly Hills when who did she spy but her ex hubby Russell Brand.  The last thing Katy wanted was to have a meeting with him so reportedly she hid under her table to avoid him.  LOL that seems a little extreme…..

A source told The Sun newspaper: “As soon as Katy saw Russell she hid under the table. When he was directed to one far away she emerged.  John threw some money on the table and they headed to the back door and their waiting car.  Russell didn’t seem to see a thing but everyone in the restaurant saw what happened.”

Last month Katy and Russell were spotted at the Los Angeles Lakers basketball season opening game where they were seated at opposite ends of the VIP area and did their best to steer clear of each other.

But Russell being the nicer of the two made an effort to show he still cares for Katy – who he split from in December 2011 – by buying her a gold bracelet for her recent birthday as well as sending her a handmade meditation cushion.

Ah gee, he is sweet…..Katy better be nice to Russell, she is going to need someone to mend her broken heart when John Mayer kicks her to the curb!