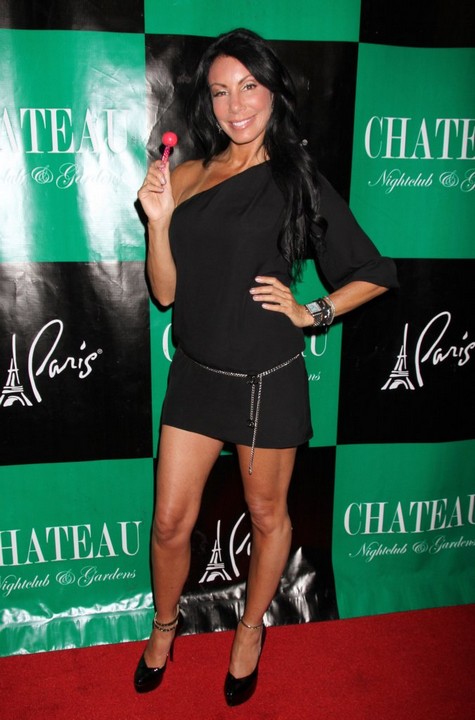 Just when we all thought that The Real Housewives of New Jersey couldn’t possibly get any messier, Bravo’s producers found a way to turn the drama up an instant notch next season.  The most hated housewife, at least until Teresa Giudice took over that throne, Danielle Staub, is on her way back to the show! According to In Touch Weekly,

“Bravo has offered Danielle a contract and Danielle is contemplating whether this will be full-time or part-time. She will be filming several episodes. The producers squeezed all the juice they could from the Giudices-versus-Gorgas story line and had to think of a fresh outlet for drama. Having her back on will ruffle a lot of feathers!”

I have to admit I was wondering how they were going to pull off another season with the entire cast ganged up against Teresa. She has already said she wasn’t leaving the show so I guess the producers had to bring in someone just as devious that might just become Teresa’s newest and only ally.

According to insiders filming has already begun for the upcoming season. Leave it to Bravo to roll their cameras in hot on the heels of Hurricane Sandy’s aftermath to capture the drama of these ladies having no power or serious damage to their homes. I’m sure we will also be watching the whole cast pick up the pieces after what was probably the ugliest Housewives reunion in history to date. None of these women can stand Teresa at this point so I’m betting that she will call a truce with Danielle. You are what you run with and both of these women are as shady as it gets!

Are you excited to see Danielle return to the show?  Do you think it was a wise move to bring her back?