Engaged Kiera Knightly Opens Up About Anorexia, Nude Scenes, And Self Doubt 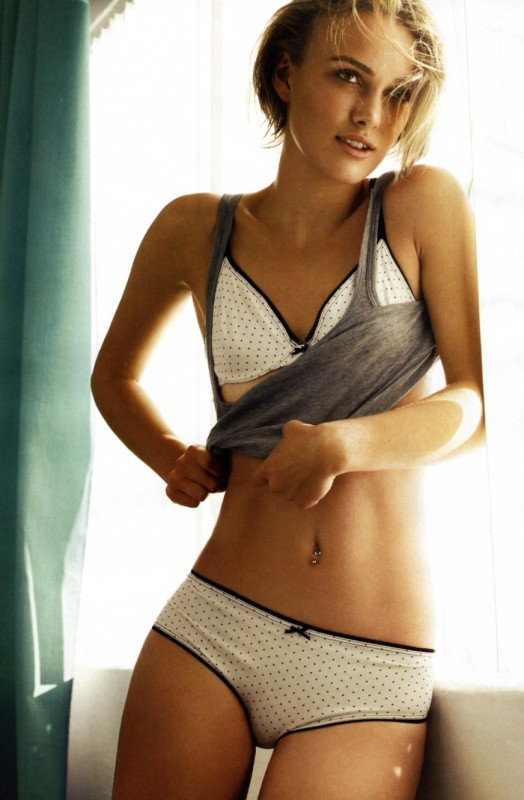 Kiera Knightly became a huge international celebrity after she got cast in the hit Disney film series Pirates of the Caribbean as Elizabeth Swan, the rebellious daughter of the governor. Before that, she played in Bend It Like Beckham, where she played Jules, a female soccer player. She donned the corset again for Pride and Prejudice, for which she was nominated for an Oscar. So what do those films have in common? Every one earned Kiera tons of hate mail because of her super slender frame.

“The anorexic stuff — all of that — it’s always going to have an impact, so I think it did hit pretty hard. Because you go, ‘Oh, maybe that’s right!’ Maybe my body is somehow not right. Or my face is not right. Or the way I speak is not right. When you’re going through a period where you’re really getting a lot of criticism, you go, ‘Maybe all this is right! You just kind of want to hide it all.” It’s an unfair double standard, to be certain. The naturally skinny actress knew her lifestyle and weight were healthy, but ‘real body’ advocates didn’t care to listen. It was the picture in the magazine that they hated, and so she became the victim to hateful tabloid stories–one which claimed a girl died of anorexia, inspired by Kiera. She successfully sued the magazine, but it still hurt.

Kiera has been off the radar, sticking to smaller, darker films. Her dramatic role as Anna Karenina shows her in a corset again, and she plays the main role, a woman who is torn between duty and passion, who is idolized and will be caught on the horns of a dilemma no matter what. The actress is engaged and happy, and looks to be refocusing her career. She filmed a PSA against domestic abuse, which was called graphic and bold. She seems to be moving from sex icon limelight to serious actress mode. So will she keep showing skin? “I’m quite rigorous about what gets exposed,” she told the Allure Magazine. “No bottom half! I don’t mind exposing my t**s because they’re so small — people really aren’t that interested.” Do you miss the old Kiera, or are you excited to see her serious roles? Is she too skinny–and if so, is it something we should talk about, or leave her to it?