Lindsay Lohan Thinks She Is Elizabeth Taylor–Is It The Drugs Talking? 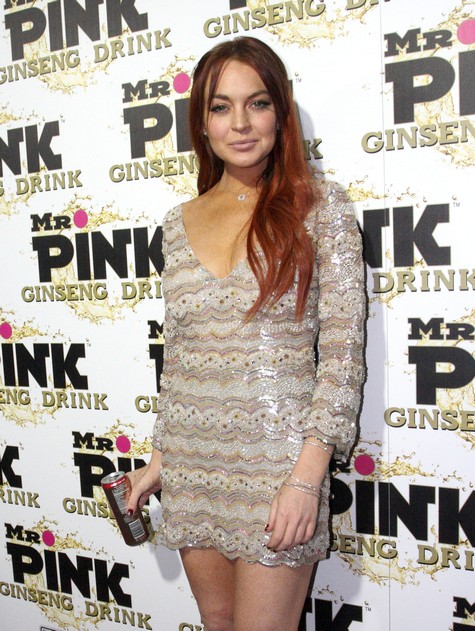 This would be hilarious if it weren’t so pathetic and sad. Followers of the Lindsay Lohan Saga Of The Downward Spiral know that the actress has been struggling for a long time with alcohol and drug abuse (along with basic judgement skills like driving safety and when not to steal jewelry). The troubled actress (can she still be called that?) opened up about her ‘comeback’ movie, a Lifetime Channel biopic about Elizabeth Taylor, called Liz & Dick (set to premiere in two weekends, but don’t waste the room on your TiVo!). Apparently, she couldn’t let the role pass her by because she and Liz are practically twins.

“I fought to get the role in Liz and Dick because I related to her so much because of her position in the public eye and the media obsession with her, and the ups and downs in her relationships and life. And that’s aside from her love for diamonds! We’re both strong-willed and Elizabeth and her mother had a similar bond to the one I have with my mother.” Once again, we must teach celebs to recognize the difference between good press and bad press–and the attention Lindsay gets has nothing to do with her talent or good works towards mankind, but is actually a mark on how dark the human spirit is. Why else would we choose to seek out the soulless drama that is her life? It’s a perverse obsession with how far a person can fall, which is not at all positive!

Despite her epic failings, she does seem (during her sober moments) to really want a healthy life. She explained what’s changed to help her stay on track: “I said to everyone I was working with, ‘Just keep me on set’ because that’s where I’m happiest and I lost that feeling for a while. Now I have it back I don’t want to give it up. I just want to keep making films. That’s my focus. I know that I’m a really good actress and I know I’ve had my faults. But knowing that and knowing that I love what I do has kept me going.” Do you bite, or do you subscribe to the “once a crack whore, always a crack whore” philosophy?