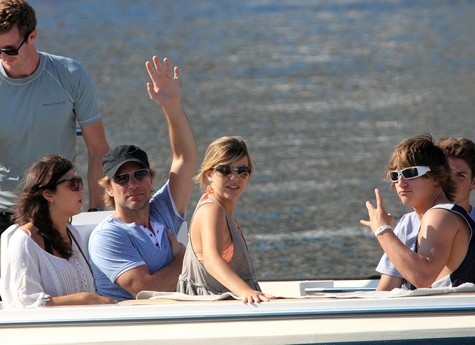 Stephanie Rose Bongiovi, the 19-year old daughter of Bon Jovi lead singer Jon Bon Jovi was arrested for a suspected heroin overdoes. Stephanie who is in the hospital is expected to be released today.

People has the scoop on the story: Officers and a volunteer ambulance squad were called to the dorm at about 1:51 a.m. Wednesday to assist a woman who had possibly overdosed on heroin and was not responsive, police say.  After finding a small amount of heroin, police arrested a student, Ian S. Grant, 21, who, like Bongiovi, is from Red Bank, N.J. A later search of the dorm also turned up additional heroin, marijuana and drug paraphernalia, say police.

Stephanie was one of two college students arrested after a small amount of heroin was found at the scene.   Of Jon’s four children, Stephanie is his only daughter.  Jon has been married to Dorothea Hurley, his high-school sweetheart since 1989.