Taylor Swift and Conor Kennedy Are Back Together 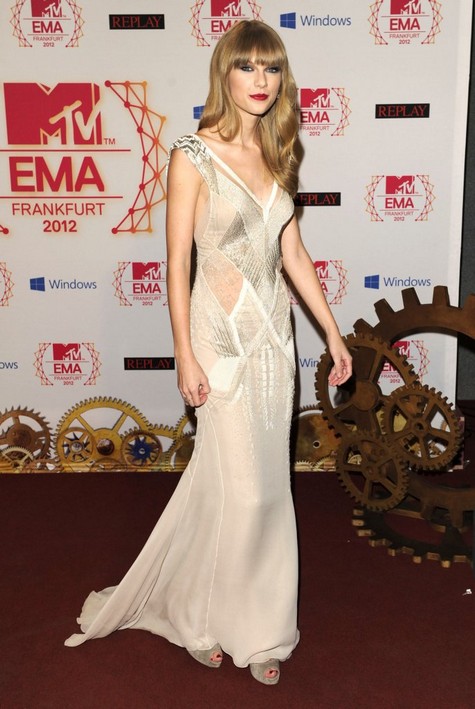 Taylor Swift might be the cornerstone of The Teenage Broken Hearts Club with her single syllable lyrics and yeah-yeah-yeah’s, but she’s still a fake lunatic with a hunger for Hollywood hearts. According to a scary new National Enquirer report, Swift’s breakup with Conor Kennedy was as fake as the plastic roses in your grandmother’s old age home. The breakup was just a “cleverly concocted ploy to get the family off their backs while they plot a top secret romantic rendezvous after the heat dies down!” We’re calling shenanigans.

According to a close source, “Taylor and Conor are pretending to everyone that they’ve split up, and so far they’ve done a really good job of convincing friends – and even the press – that it’s true. The lovers hatched the scheme because the Kennedys were putting huge pressure on Conor, saying he needs to concentrate on getting through high school and into a top college.” This won’t be the first time that a Kennedy is involved in a sticky love plot, but should we go around and scream from the rooftops that the two are still dating? No, we shouldn’t. We don’t care if Taylor Swift learns the secret of immortality and fights Highlander on the slopes of a mountain in Nepal.

“The family feared Taylor’s jet-set lifestyle would divert his focus from education – and were literally worried sick the couple might even elope. Taylor and Conor are still totally in communication. They just want everyone to forget about them. Meanwhile, they’re planning a secret romantic rendezvous as soon as Conor’s on school break.” Right, call us Zac Efron and slap us with a vocal cord.

Suffice to say; whether Swift and Kennedy are still holding hands on lonely beaches, or whether they’re haunting one another’s thoughts, the couple made in matchstick heaven was destroyed the moment Black Widow Swift laid her eyes on the Kennedy heir.