Wendy Williams Slams Heidi Klum For Dating Bodyguard: ‘Seal, I’ll Tell You How To Get Back At Her’ 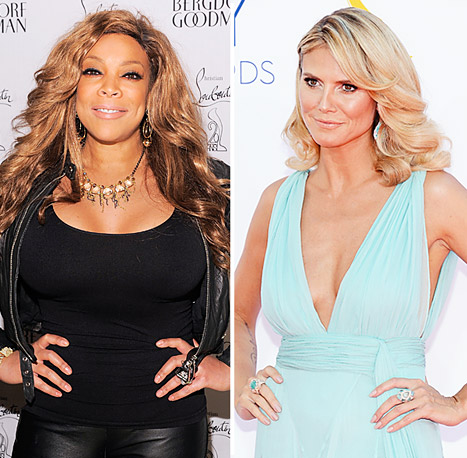 Meow! Looks like Heidi Klum has found herself a new enemy. The supermodel has not landed on talk-show host Wendy Williams‘ good side after dumping her ex-husband, Seal for her bodyguard Martin Kristen. Williams took to her own show to slam Heidi when she said she thinks it’s totally inappropriate how she’s handled the situation, adding that she doesn’t understand how Klum can openly say in a magazine that her bodyguard has gotten very close with her kids – they supposedly love Martin.

Wendy felt that the comments that were made in the interview were uncalled for, and believes that Heidi is not telling the truth about her falling for her bodyguard “recently,” considering that he has been the family’s security guard for FOUR years. It doesn’t take an A grade student to figure out what Wendy was insisting with that comment. She says: “They’ve been out of the closet with their love since September. He’s worked for Heidi and the family for four years. Seal, you know what that means.

She continued: “And not just when you were out of town, Seal. In my mind, probably the most dangerous risky sex that you could have with a bodyguard is when your husband is outside warming up the car or in the shower, like right there in the house. Like, ‘Just do me dirty right here in the kitchen while my husband is in the other room on a conference call’.”

Wendy then decides to show a picture of Kristen with Seal’s daughter, before adding: “[Klum] says that her four children really like him. Seal, this one right here, this picture, must make you want to jump off a bridge. Look at the security guard with your daughter, Seal. What are you going to do about this, and it better be, ‘I’m going in for half her money’. It especially pains me to report stories like this when the woman, in my mind, is clearly in the wrong and I’m advising a man on how to get her. Seal, I’m going to tell you how to get her back with this one.”

“I don’t know how much you’re worth, but she’s worth more – you need half,” she said. “Guys are not going to call you, you know, soft for going after a woman’s money, because sometimes guys [say], ‘Ahh, just leave her alone’, and everything like that, but you gotta do this on the strength of she’s wrong.”

We have to keep it real and say that Wendy makes a fair point!