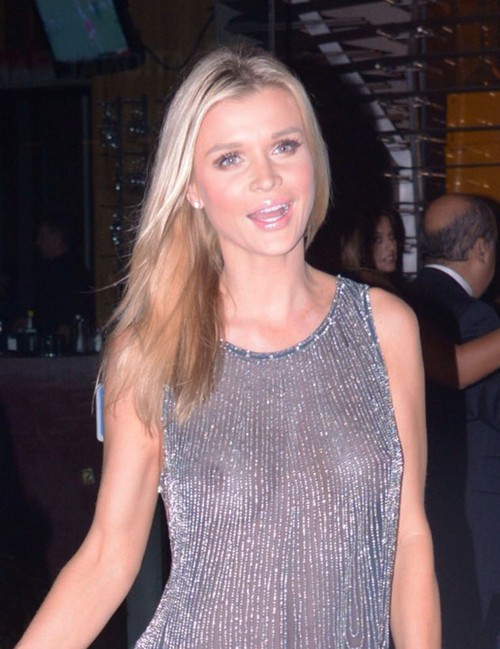 The ladies of The Real Housewives of Miami sure do thrive on attention, don’t they?  Usually it’s because of their clothes or homes or the men that they date. If we believe what they tell us, then these things matter the most if you live in Miami. Joanna Krupa is by far the biggest train wreck in this group. She herself says in the opening that she may be a model, but she’s not a model citizen and that couldn’t be more true. She is always fighting with someone and lucky for Bravo’s producers, Joanna is a lush and when she drinks she turns into a volatile crybaby so there is guaranteed drama the minute she leaves the house.

On a recent episode Joanna stuck her nose into a verbal altercation that Adrianna de Moura was having and Adrianna got angry and attempted to leave. I mean she stopped fighting with Joanna and turned and took about 6 huge steps in the opposite direction towards the door. Instead of letting her leave Joanna ran after her and put her hand on Adrianna’s shoulder to pull her back. Adrianna claims that at that point she thought Joanna was starting to attack her so she turned around and decked her, in the face. In my opinion, Adrianna had already tried to leave and the minute Joanna touched her, that was it. She felt like if she didn’t swing she would get hit first. If you saw the scene it was a no-brainer, but of course Joanna is STILL milking it for all its worth according to the Examiner.

“Joanna is not just going to take this. She’s reached out to one of Florida’s most powerful attorneys to better understand her legal option after being punched in the face. Not only did Adrianna punch her in the face, it took all of Joanna’s strength to hold on to Adrianna as she was trying to break free and grab a broom that Krupa believes she was going to hit her with. Joanna is very nervous about any other altercations with Adrianna and wants to know what her options are.”

I’m still waiting for one of the other housewives besides Adrianna to point out that Joanna put her hands on her first!  Joanna is just loving the attention she is getting while playing victim here and she really needs to refocus a bit. Considering the way that she behaves and treats people after she has a glass or two in her it’s amazing that she doesn’t get pummeled more often! Even her fiance, Romaine, avoids her for days on end!

Joanna wants Adrianna to be fired for the physical assault. I’d prefer they can Joanna but lets face it, people like to watch the messy girl and right now she wears the crown. Whose side are you on in the fight between these Miami housewives? Tell us in the comments below!