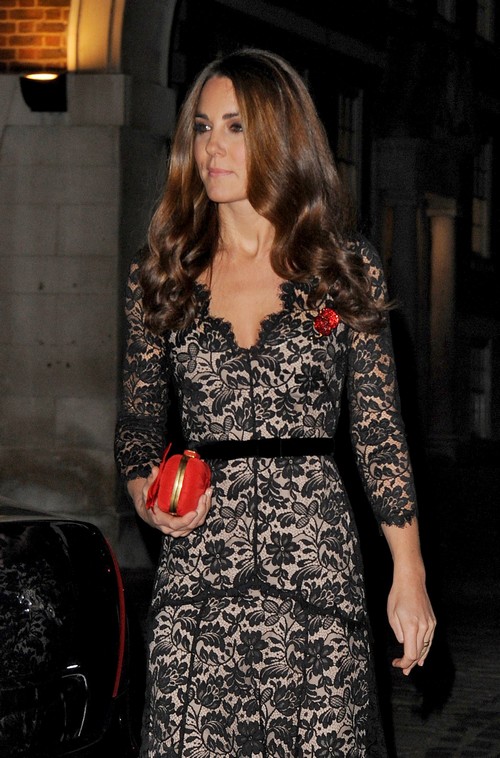 I guess when you’re Kim Kardashian you just automatically expect to get whatever you request, right?  On a recent trip to London, Kimmie let it be known that she really wanted to have a little tea party with none other than Kate Middleton. Yes, I’m chuckling too at the thought but anyway, of course there was no way Kate was going to even entertain the notion, in spite of Kim’s bombarding her with goodies from her Kardashian Kollection line! We all know that Kate’s not about to turn up even in her living room wearing anything that Kim would design and apparently the whole thing got Kanye West’s perfect bitch girlfriend all bent out of shape. According to the National Enquirer,

“Kim wasn’t happy because she’s obsessed with Kate, but the Duchess of Cambridge has no interest in be­coming part of the Kardashian pub­licity machine. Kate can’t stand their style, and from what she knows about their TV show, it’s just a bunch of trashy people primping and yelling at each other. She’s far too polite to diss Kim to her face, but she’s got enough on her plate without having tea with someone like her.”

What was your reaction when you learned about Kim’s failed request? Tell us your thoughts in the comments below!