Is Lea Michele Hoping To Land A Cooking Show When Glee Comes To And End? 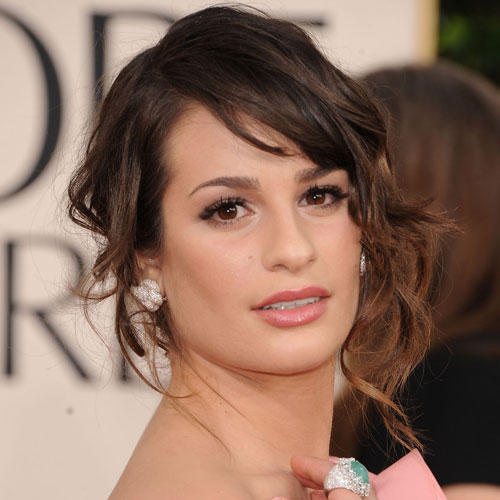 Lea Michele wants a cooking show, and what she wants is what she gets. The diva-on-set made an appearance on Jay Leno where she discussed hopeful plans of having her own cooking show, most likely when Glee comes to an end (which will be soon, we pray). The actress explained that she loves cooking food for boyfriend, even if it ends up tasting horrible, adding that she has fun at experimenting something new.

“I cooked something for my boyfriend [co-star Cory Monteith] the other day and I don’t think he really liked it,” she confessed. “I made him a little breakfast, like my version of an Italian Croque Madame, something like that. But I think the eggs were raw and not cooked. It wasn’t very good! But he was a very good sport,” she tells Leno.

Lea said that though she would like a cooking show, she is too “foul-mouthed” to cook on television: “I really like to eat my food and I’m Italian, and we curse a lot when we talk and stuff, so I just feel it wouldn’t last. It would have to be on cable because it would be like, ‘This pasta’s so bleeping good I can’t stop eating it!’ That’s what it would be like.”

What a weirdo. Ha.