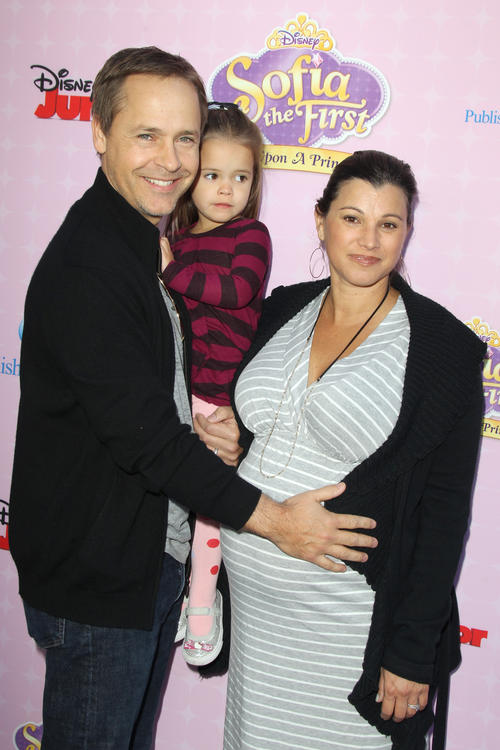 Chad Lowe might not be Rob Lowe at his parents’ home, but he is definitely the main star in his family of three – a fourth one is on the way very, very soon.  At Disney’s Sofia the First premiere in California on Sunday, Chad was joined by his three-and-a-half-year-old daughter, Mabel, and his very pregnant wife, Kim. He spoke exclusively to People magazine about the upcoming birth of the new little one in his household. “I’m trying to bank some sleeping hours, which is a little tough. I’ve been out buying a lot of stuff to organize [everything] we have. It is amazing how much stuff babies need. It is incredible,” the loving father of soon-to-be-two explained.

The top of their list of priorities is not how many onesies they are able to find for baby number two, but how they’re going to prepare little Mabel for her role as big sister in the Lowe household. We know full well the role of an older sibling in a household, especially the ensuing rivalry and competition between the loving siblings.  “We’ve been introducing her to the concept and she seems to be very excited. She knows she’s got a big job and a lot of things to teach her sibling,” said Lowe.

Lowe is not only the lead role in his family; he also has a television career which he has to take care of, and juggling family and work is no easy feat for any person. Lowe explained the secret to his balancing act, “The most important thing is being present when you are with your family and not being distracted by work or outside influences. I just really try to be present in all the moments when I am with my daughter and my wife. I am really lucky because I have gotten to be [with them] a lot.”!

Do you think Lowe’s rule to that difficult balancing act should be upheld in all households? Do you think their latest baby will be as cute as the rest of the family? Let us know your thoughts in the comments below!